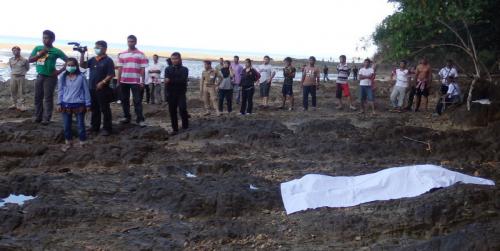 PHUKET: The body of a mentally-handicapped man who was knocked off a Phuket longtail boat by a large wave on Friday was found washed ashore yesterday.

Jirawat Srisomporn, 27, who had been on the boat with his father, a fisherman, could not swim.

After he fell into the sea between Rang Yai Island and Maphrao Island, off the east coast of Phuket, rescuers spent four hours searching for him before stopping because of rough seas (story here).

His body was found at Laem Deang Beach in Baan Yamu at about 4:30pm yesterday.

Mr Jirawat’s body was taken to Thalang Hospital to confirm the cause of death, and later collected by his father for funeral services.