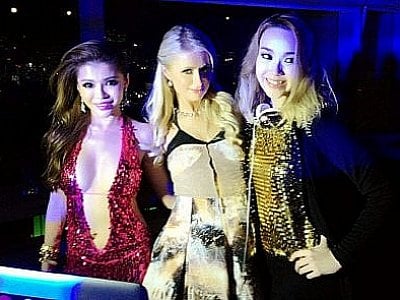 The New Year’s Eve bash will run from December 30 to the first sunrise of 2013, and has already booked a number of world-class artists and DJs, including Basement Jaxx, Alex Gaudino and the club sensation LMFAO.

Artists “will perform on the centered stage in the ocean, kept afloat next to Surin Beach in Phuket, engineered with 3D mapping and with an LED backdrop,” Sydictive Element’s website says.

“There will be both laser shows as well as an unprecedented hologram show, unlike any that Asia has ever seen,” it added, hinting at a 2Pac-like hologram show recently seen in the US.

Ticket prices as listed on the event’s website range from the regular early bird ticket for 2,000 baht to the 20-person “private floating villa” costing 2 million baht.