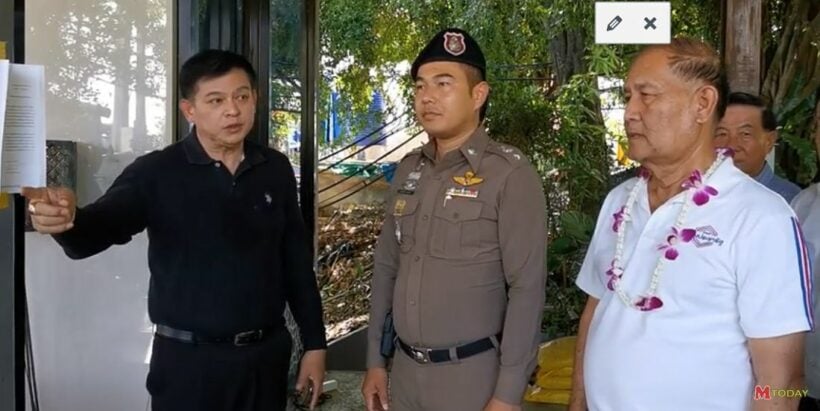 The Palang Pracharath member of parliament from Bangkok, Sira Jenjaka, had an argument with Lt Col Pratuang Polmana, Deputy Superintendent of Karon Police during his inspection to the controversial Peak Condominium in the Karon area of Phuket.

MP Sira was surveying the construction site of the project and the sales office, which also serves as a coffee shop, where he saw Lt Col Pratuang inside.

He stopped there and asked why the Deputy Superintendent didn’t send any officer from Karon Police Station to provide security for him, a standard protocol when parliament members visit a specific area.

The MP had publicly stated he had received death threats for revealing ‘problems’ with the ‘paperwork’ for the Phuket condo project that he claims has been built on land without the proper documentation.

Lt Col Pratuang said that he already prepared a team of officers to provide security for the MP but they were waiting for a confirmation. Then the MP asked his team to record a video of the conversation and said that, while he was not threatening anyone, he believed the police must respect and offer protection for a government MP who comes to work in the area, which was then followed by an argument.

There was a “middleman” who eventually separated the Deputy Superintendent and pulled him aside to calm him down. The ‘police whisperer’ then came back to apologise to the MP before they went inside the coffee shop for further private talks.

Read the original article about the allegations against Peak Condominiums in Karon HERE. 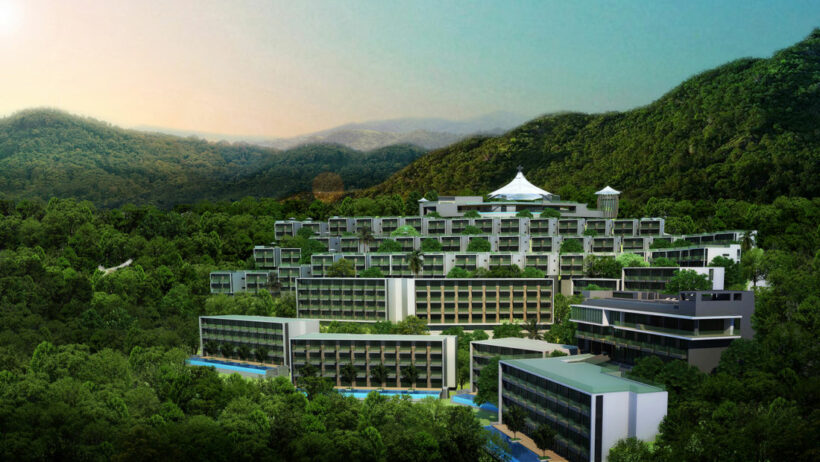 The Peak Condominiums in Karon, currently under investigation after allegations made by Government MP Sira Jenjaka, who claims death threats have been made against him over the matter.