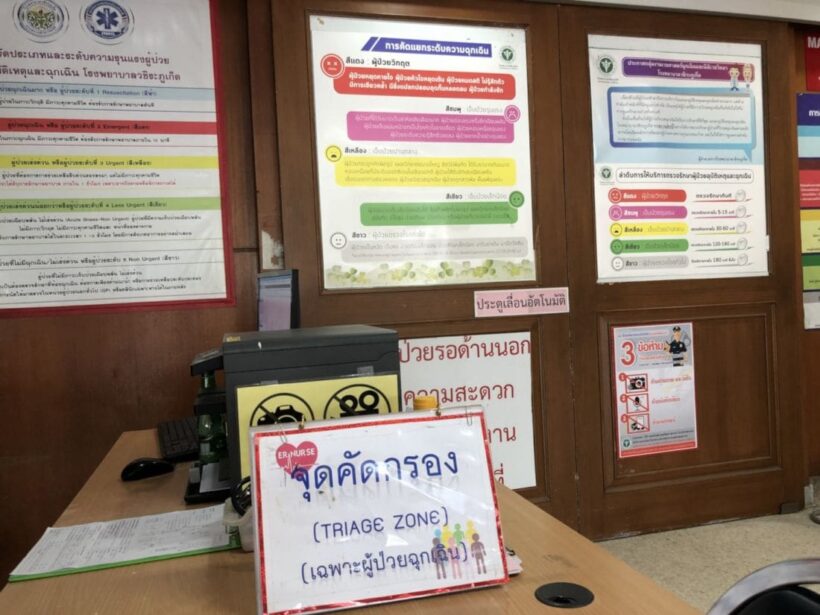 Executives of Vachira Phuket Hospital have still not resolved a situation that got our control outside their emergency rooms this week. Several videos of the incident went viral on social media showing a man being prevented access to the hospital to be with a relative in the emergency area.

A report was filed with police concerning the man’s behaviour whilst the hospital accepted the issue was mainly caused through poor communication.

Phuket Provincial Police commander Maj Gen Teerapol Thipjaroen spoke yesterday (September 13) saying, “The Phuket City Police have questioned both of parties and tried to mediate but there is still no conclusion at this moment as there is still some dispute about exactly what happened.”

“I have ordered police to collect more evidence and give fairness to both parties. This incident involved bodily harm to a hospital staff member. If the hospital decides to press charges it will end up with a fine.”

“Police will question the patient’s relative again today as the investigation continues.”