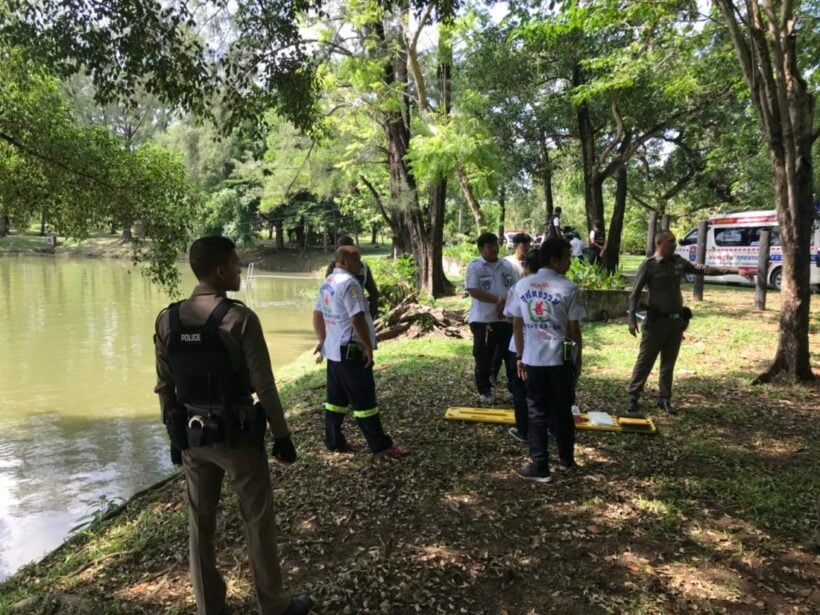 The body of a naked dead man has been found floating in the lagoon at Suan Luang park in Phuket Town this morning.

The Phuket City Police were notified of the grisly find at 8.30am at Suan Luang Public Park.

Police and rescue workers arrived to find the naked body of a man laying face down in the water. The man was later identified as 42 year old Banyat Choosri.

His body was recovered from the water and taken to Vachira Phuket Hospital. No sign of a struggle was found on his body, according to police.

Mr Banyat’s mother said that her son had been missing from the house since last night. She told police that he was partly disabled from previous accidents. She believed that he might have got into the water for a swim and been unable to support himself in the water. 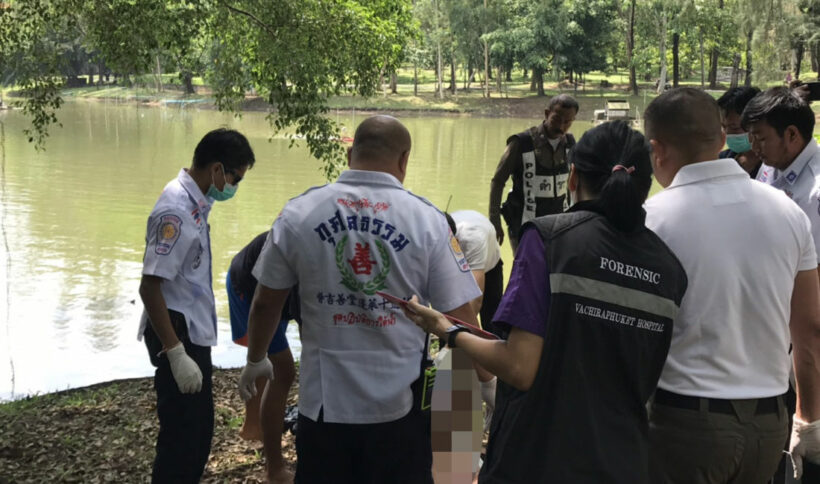