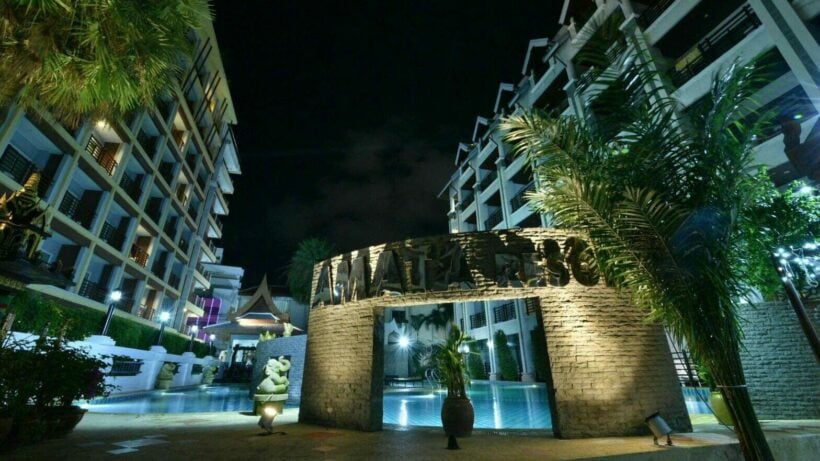 A German national has been found dead with a gunshot wound to his head in a Phuket hotel room. Thai media reports that police believe the wound is self-inflicted.

The apparent suicide was reported at 7:44 pm, yesterday, at the Amata Patong Hotel, says a police investigator identified only as Chompunut.

Police and a doctor were called in to investigate. In the hotel room, they found a 41 year old German man, deceased on a bed. Chompunut says there was a visible gunshot wound to the man’s head. Reportedly, the gunshot came from a 9 mm bullet fired from a Kahr pistol. The bullet shot through the man’s head from the right temple out the left one.

The pistol was found in the victim’s right hand. The man’s name has not been revealed.

Chompunut adds that police found a German passport and a letter about a Thai woman that also requested that whoever found the writer’s body that they mail his belongings to his relatives. Police say they also found antidepressants.

The police investigator says that the hotel manager reported that the Geman had stayed at the hotel like a recluse for about a year. The manager says that he noticed the man hadn’t left his hotel room for almost a week, so the manager tried to open the door with a keycard. The manager was unable to open the door and discovered it was locked from the inside. Another employee gained access to the room from the back. They then found the man’s body.

Police believe the man committed suicide but have not pinned down a time of death. The body had been taken to Vachira Phuket Hospital where an autopsy will confirm the cause of death.

Lowseasonlover
11 minutes ago, colinneil said: Great idea mate, but please do not post your number, as there are a few on here who would call just as a wind up, a member who joined yesterday, is in my mind 1…

Lowseasonlover
Ok, guys I'll start it off, which section should I post it in, which do you think?

JamesE
33 minutes ago, Lowseasonlover said: Ok, guys I'll start it off, which section should I post it in, which do you think? There's a "Health & Wellness" sub.

Lowseasonlover
21 minutes ago, JamesE said: There's a "Health & Wellness" sub. OK nice one I'll do it shortly
Johnmc17
The gun was found in his hand after blowing his brains out???? Sounds suspect to me