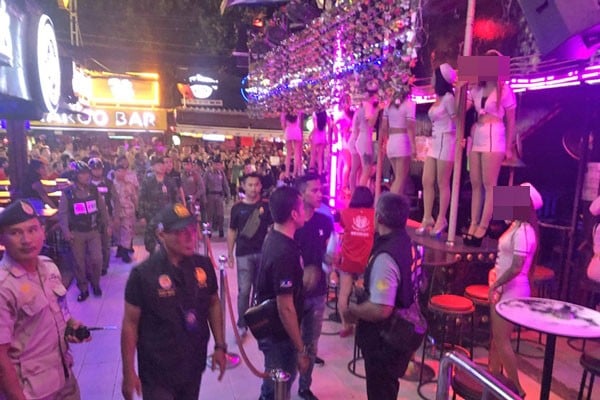 Police last night (July 31) raided an entertainment business on Bangla Road which allegedly belongs to one of the Chonburi double murder suspects. The business was found to be illegal.

Chonburi police, investigating the brazen double execution-style murder in the car park at Buddha Mountain in Sattahip, say initial investigations were able to uncover a number of possible motives and implicate an initial set of suspects.

Read more about the murders HERE.

Officers raided the entertainment business in Soi Pum Pui on Bangla Road in Patong after a man known as ‘Sia Auan’ or 39 year old Panya Yingdang, was accused of direct involvement in the murder of 20 year old woman Paweena Namuangrak and 21 year old Anatachai Jaritram in Chonburi on July 29.

The woman claiming to be the ‘manager’, 29 year old Jarupak Natana, failed to present an operating license. Jaruluck was taken to Patong Police Station where she has been charged with illegally operating an entertainment business.

Patong Police Chief Col Anothai Jundamanee says, “’Sia Auan’ has operated two entertainment businesses next to each other which are ‘Pum Pui’ and ‘The Night’ night club. ‘The night’ had already been shut down as there aren’t many customers.”

Two houses in Patong, linked to a suspect in the double murder at Sattahip, Chonburi, remain under surveillance but there hasn’t been any activity according to police. 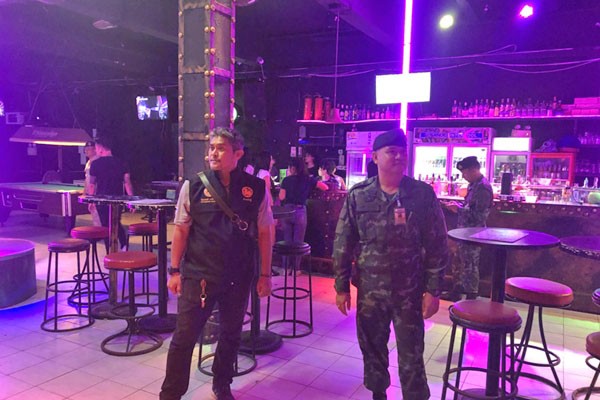 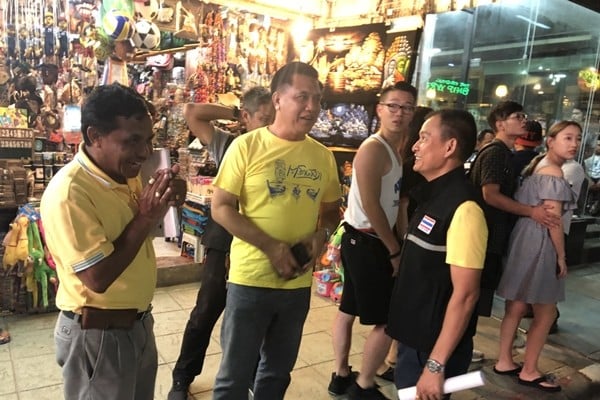 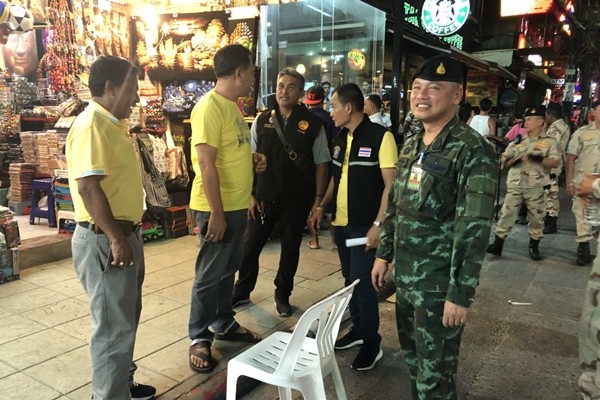 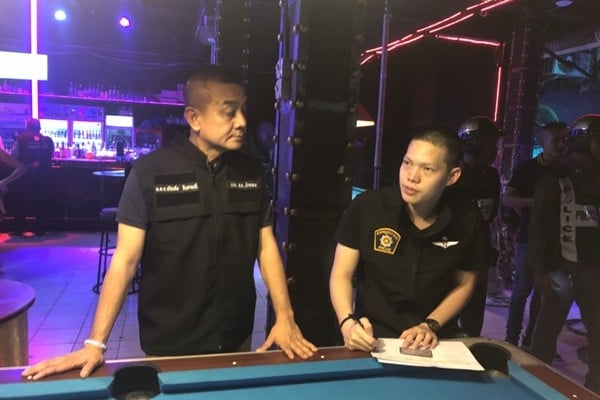