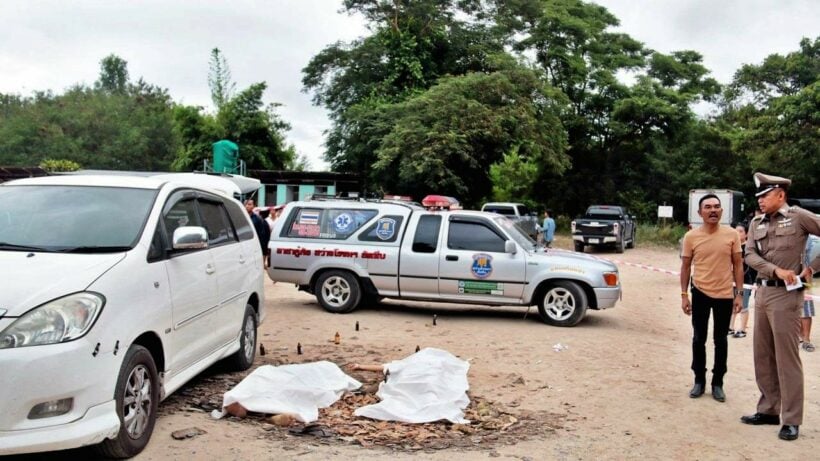 Thai Rath is reporting that Chonburi police, investigating the double execution-style murder in the car park at Buddha Mountain in Sattahip, say initial investigations have revealed a number of possible motives in the gruesome hit.

Deputy provincial chief Pol Maj Gen Chettha Komonwatthana spoke to reporters after a meeting at Na Jomtien police station. He claims the case was probably a love triangle resulting from disagreements at the work place of the female victim. He said police know the assailant got out of a Honda CRV before gunning down the woman first, then the man.

The two victims, on holiday in Pattaya, were both shot several times and died at the scene, Buddha Mountain, a popular tourist attraction.

Maj Gen Chettha says that there was no CCTV at the car park but cameras elsewhere showed that the CRV had headed to Sukhumvit Road and then seen driving towards Pattaya. From there, whether it went straight to Sri Racha or turned right to the motorway, is being investigated by police.

Maj Gen Chettha says that the police were working on the case and that there should be a break in the case in one or two days. 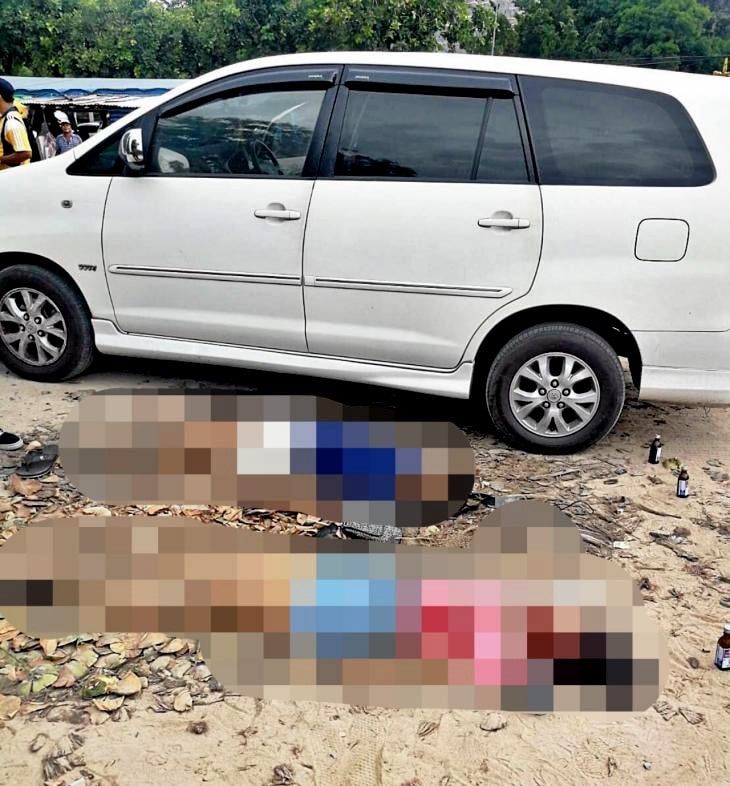 Rayong grandmother gets back 117,000 baht in termite-damaged banknotes