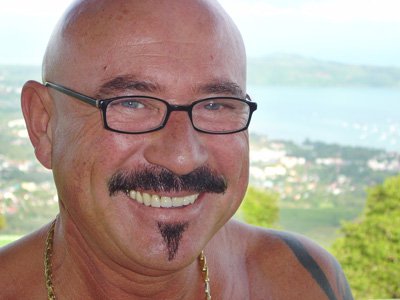 SAKHOO, PHUKET : The remains of Dutch national Klaas Verbeek, who was killed in a motorbike accident on Monday evening, will be repatriated to Holland over the weekend.

Pol Maj Rassada Kleongwong of Tha Chat Chai Police, identified the driver of the vehicle that collided with Mr Verbeek’s motorbike as Pol Sgt Maj Thavorn Tongkham, who is assigned to the Tah Chat Chai Police subdistrict in Sakhoo.

Sgt Maj Thavorn was off duty when the accident occurred, he said.

She will require at least a month of in-patient treatment, staff at Vachira Phuket Hospital told the Gazette.

Mr Verbeek lost control of his motorbike and crossed the centerline of the road, making it impossible for Sgt Maj Thavorn to avoid the collision by braking, Maj Rassada said.

After the accident Sgt Maj Thavorn’s pickup hit a fence on the left hand side of the road and came to a stop, he said.

Sgt Maj Thavorn remained at the scene of the accident, he said.

The injured Mrs Kulchalee was also sent to Thalang Hospital for emergency treatment. She was later transferred to the better-equipped Vachira Phuket Hosptial in Phuket City.

Evidence from the accident scene, including damages to the pickup and skid marks, indicated that Mr Verbeek was at fault, Maj Rassada said.

“The case will be sent to the embassy and public prosecutor, but there will be no charges as the responsible party has passed away,” Pol Maj Rassada said.

Mr Van Der Mosselaar, who flew back from Chiang Mai to help Mr Vervbeek’s family repatriate his remains, was too emotionally distraught over the loss this morning to comment further or discuss if any memorial services would be held in Phuket.

A source at the Dutch Embassy said Mr Verbeek’s family are working with Mr Van Der Mosselaar to repatriate his remains aboard an Air Berlin flight over the weekend.

Mr Verbeek’s insurance will cover the expense, the source said.