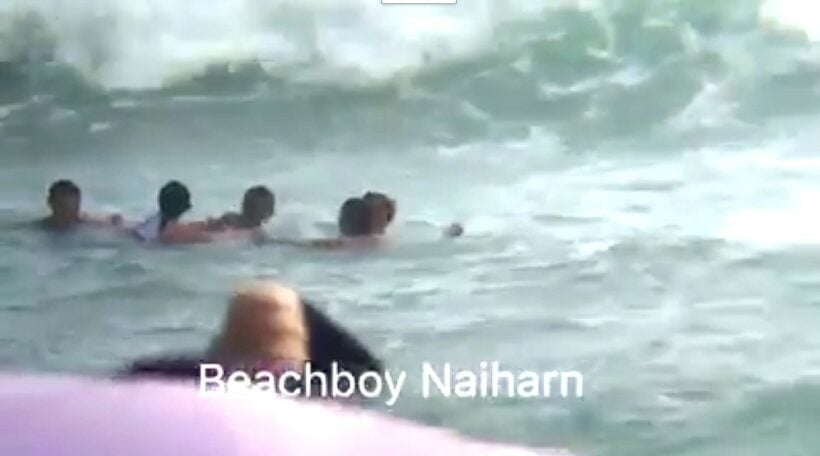 A Chinese boy and two other Chinese tourists were dragged out of the surf off Nai Harn beach after getting into difficulty in waves yesterday (July 25).

The head of the Nai Harn Lifeguards, Jula Nontree, says, “The incident happened yesterday at about 4.30pm. A 13 year old Chinese boy and his two relatives went into the water while red flags were still up along the beach.”

“Three of them were in difficulty in swirling currents as there were strong winds and waves throughout the day.”

“We went into the water to rescue them and brought them back up to the shore. They had choked on a lot of water.”

Ten Russian tourists, four Chinese and four Thais were dragged from the surf off Nai Harn beach after getting into difficulty in waves on Tuesday (July 24).