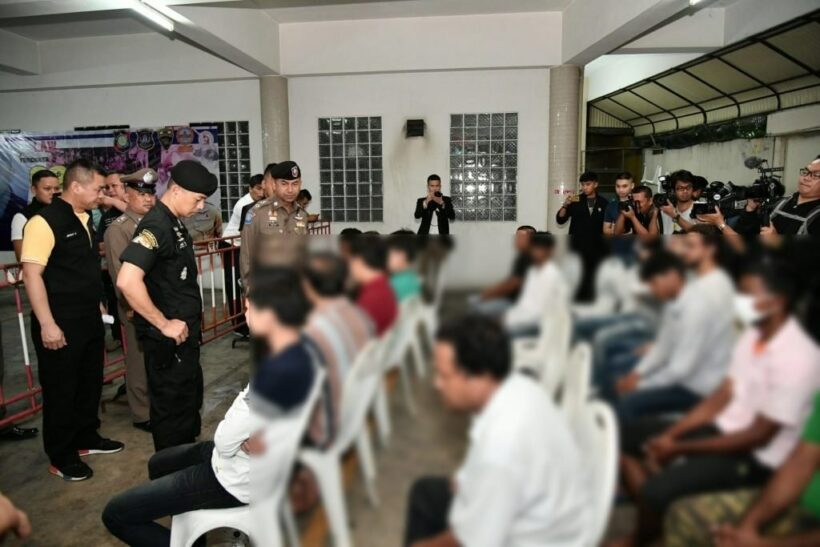 Pol Maj Gen Surachat Hakparn, deputy commissioner of the Tourist Police Bureau and the popular face of Thai crime-fighting, has announced the arrest of another 35 foreigners who were caught for visa offences, illegal entry and other crimes.

This week’s roll out of the ‘X-Ray Outlaw Foreigner crackdown’ has netted what is believed to be one of the longest cases of a foreigner overstaying in Thailand.

60 year old Eugen Karl Mullerschon, a German national, was caught in Trang where he was found to have overstayed for a 7,059 days, that’s almost nineteen years and four months.

Other lengthy oversatyers included a 34 year old Cameroon national George Elvis Nkwi Nkwain, arrested in Lopburi for overstaying his visa for 1,726 days, and a 26 year old Indian national Vinod Yadav who was arrested in Bangkok after overstaying for 1,295 days.

Surachat also revealed that 25 other foreigners were charged with illegal entry in Thailand. Their nationalities included seven from Laos, five from Myanmar, five from India, four from Cambodia, one each from Syria, Egypt, Yemen and Uganda.

Pol Maj Gen Surachat said the X-Ray Outlaw Foreigner crackdown has so far resulted in the arrest of 1,757 suspects with raids carried out at 4,009 locations across Thailand.

Launched earlier this year, the Tourist Police say X-Ray Outlaw Foreigner targets foreign criminals who enter Thailand pretending to be tourists and who are involved in romance scams, drug trafficking and visa overstay.