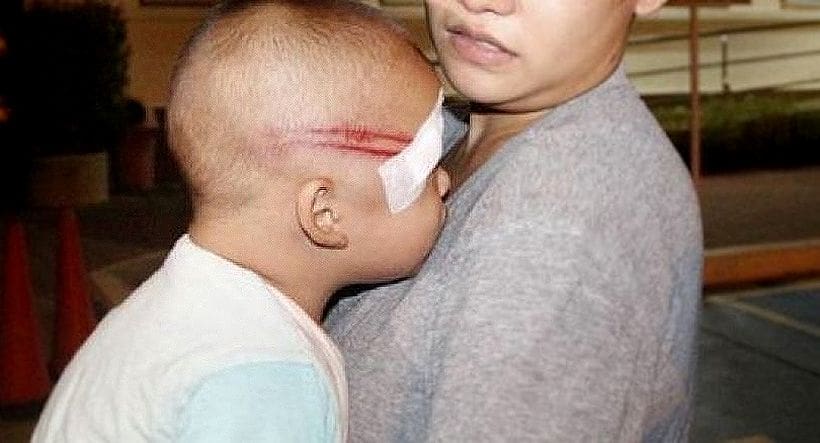 The parents of a two year old boy say they will press charges after a civilian volunteer policeman in Chon Buri struck him with his baton while trying to beat the parents for trying to dodge a traffic checkpoint.

The couple say the volunteer didn’t notice the boy sitting between them on their motorcycle when he assaulted them for making a U-turn when they spotted the checkpoint on Soi Khao Talo.

He struck the toddler on the head, knocking him unconscious and opening a 10 centimetre wound that took three stitches to close. The boy repeatedly vomited afterwards, indicating a concussion, and was found to have bleeding on the brain.

His 25 year old mother said she would file a complaint with police.

“We were just avoiding the checkpoint so we wouldn’t have to pay a fine,” she said in tears.

“Is that so serious a crime that you have to overreact like that? Now I’m just worried about my son’s health. He’s my only child. I want justice for him.”

The incident went public when a person who met the couple at Bang Lamung Hospital posted the details on Facebook.