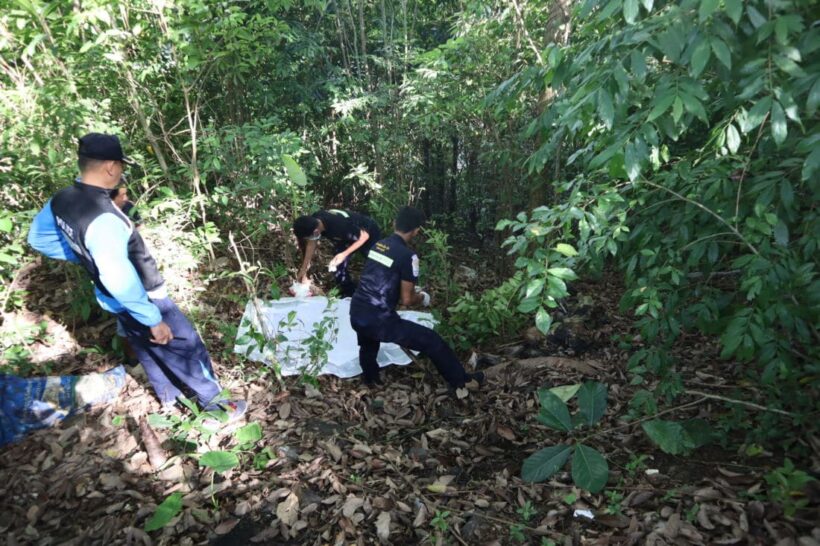 The rotting body of a man, believed to have been murdered, has been found in a forest in Wichit, central Phuket, over the weekend.

The body was found in the forest off Borrae – Khao Kard Road in Wichit. A rope was found tied around his feet. It is believed that the man died at least two weeks before the body was found. The remains were taken to Vachira Phuket Hospital for further examination.

Wichit Police discovered that 24 year old Sataphon Yindee was reported missing since April 12. His family have confirmed that it is the body of Mr Sataphon as they recalled the ring on his finger and clothing.

At this stage police believe that the man was murdered. But police are continuing their investigation to find the killer. A DNA test is being conducted to formally identify the body. 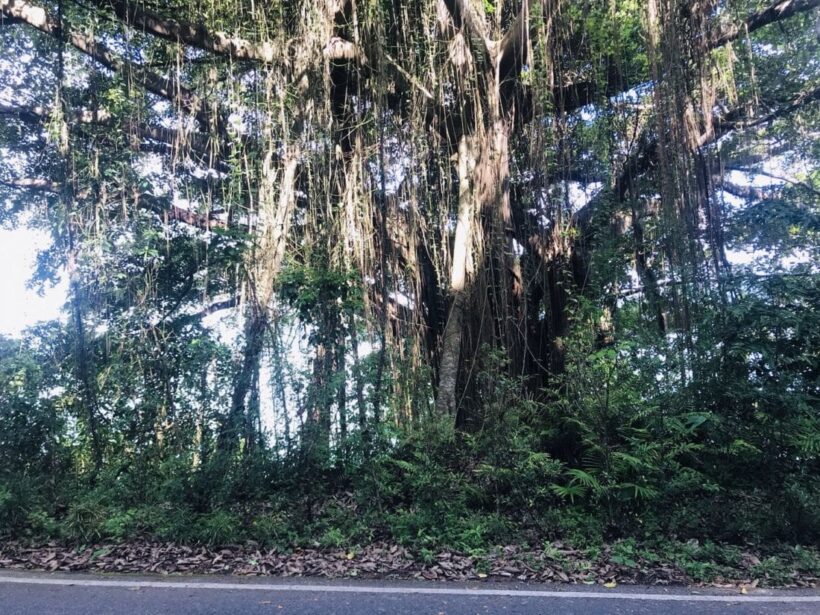