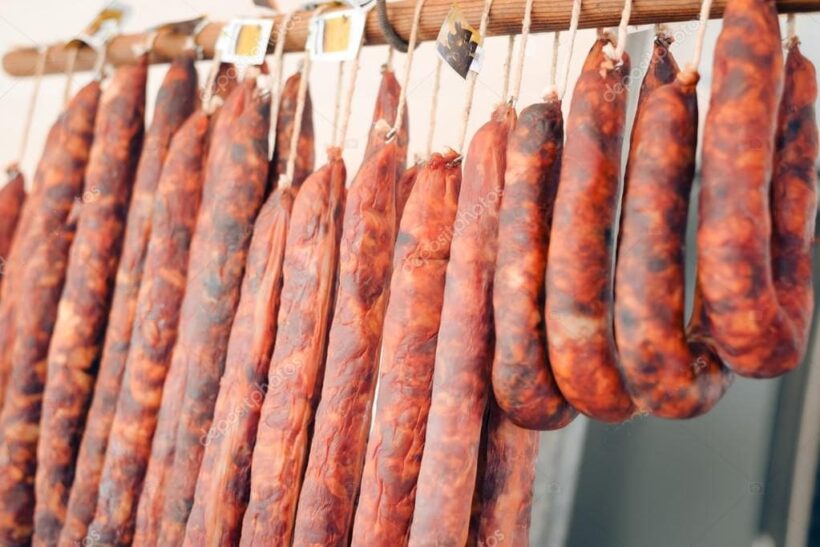 “ASF cannot be transmitted to humans although scientists are wary that the virus is capable of mutating into other strains in the future.”

Processed sausage and salami pork products have been seized at Phuket International Airport from a Chinese tourist. They were confiscated when they were found to contain a viral strain of the African Swine Fever (ASF).

The Department of Livestock Development have run tests on the sausage products found in the man’s luggage. In total they’ve confirmed that nine products were contaminated with the ASF. The man’s flight originated in Chengdu in China’s south-west and landed at Phuket International Airport last Wednesday.

Department officials have confirmed that no case of ASF has ever been detected in Thailand up to now but the disease continues to be a growing concern in China and “customs and immigration will remain vigilant to prevent the virus becoming established in the Kingdom”.

Authorities say that African Swine Fever is an incurable and fatal pig virus and has been responsible for crippling pig farm industries in 15 countries across Europe and African regions as well as Russia and China.

But they stated that the ASF cannot be transmitted to humans although scientists are wary that the virus is capable of mutating into other strains in the future.

“Strict inspections of processed pork products from overseas are now in place, in a bid to stave off an outbreak. If unchecked, ASF could decimate our swine farm industry.”

The department says they’re working with the Association of Thai Travel Agents and the Thai-Chinese Tourism Alliance Association to help educate tourists from bringing processed pork products into Thailand without permission.