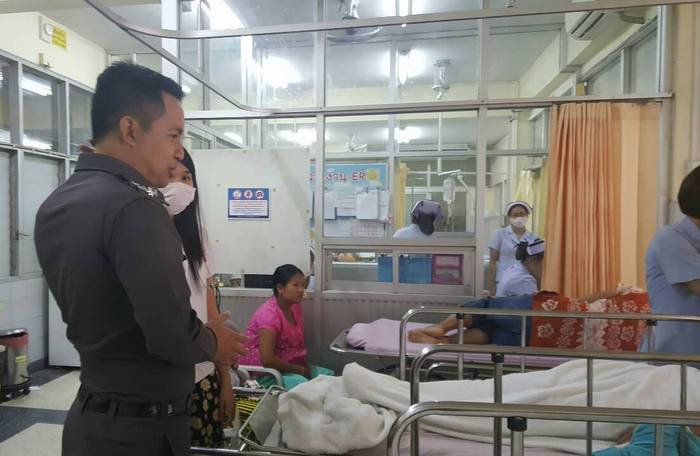 KRABI: A Krabi woman has been charged with filing a fake police report in order to pay off debt accrued by her father’s funeral.

Amporn Patchimkleang, 47, told officers that she and her husband were at the Krabi district office to file paperwork. She claimed that while she was in the restroom, someone hit her over the head, bound her hands and feet and stole 10,000 baht, confirmed Lt Suwid Kaewpreecha of the Ao Luek Police.

“Ms Amporn’s husband Monthian Choodecha, 54, became concerned when his wife didn’t return from the bathroom. He went to look for her and found her tied up in the restroom,” Lt Suwird said. “She was taken to Ao Luek Hospital and later filed a complaint with us.”

However, when police went to verify the story with a doctor, they found that Ms Amporn hadn’t suffered any injuries from a blow to the head.

“We also checked the bathroom and found no signs of a struggle, which made us suspicious of her story,” Lt Suwird said.

When presented with the evidence, Ms Amporn confessed that she had concocted the story in order to pay back a friend who had loaned her 10,000 baht for her father’s funeral expenses.

Ms Amporn was charged with intentionally reporting false information to police, which carries up to three years imprisonment, a 6,000-baht fine or both.