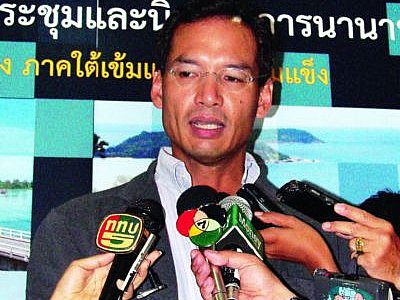 PHUKET: Phuket taxi drivers, not universally popular with the island’s residents and legions of foreign tourists, will soon be among the beneficiaries of billions of baht in central government welfare funds.

It was announced earlier this month that the government is expanding its ‘Pracha Wiwat’ welfare program from Bangkok to ten provinces, including Phuket. The program focuses on providing support for workers in Thailand’s “informal sector”, including taxi drivers, street vendors, and others among Thailand’s 24 million “poorest”.

Earlier this month, the mass circulation daily Khao Sod reported that Finance Minister Korn Chatikavanich said benefits under the expanded program would be in place in the designated provinces by the end of next month.

In addition to Phuket, Chiang Mai, Ubon Ratchathani and Songkhla were specifically cited by Mr Korn.

The move comes ahead of national elections, expected to take place in July.

The Pracha Wiwat scheme, which was officially launched in Bangkok early in January as a “gift” to the people from the government of Prime Minister Abhisit Vejjajiva, comprises nine measures:

– Extension of social welfare for 24 million Thais
– Provision of access to credit for taxi drivers and street vendors
– Registration of motorcycle taxi drivers to protect them from mafia
– Allocation of 20,000 new spaces for street vendors in Bangkok
– Government control over the cost of oil
– Provision of free electricity for nine million households
– Cuts in the cost of animal feed
– Increased transparency in the agricultural trade, and
– Crackdowns on crime.

It has not yet been made clear whether four-wheeled “taxis”, which are included in the welfare program, also include Phuket’s four-wheeled tuk-tuks. The Thai term in general use for both types of these four-wheeled vehicles for public hire is the same.

Another Phuket Suicide: Man found hanged from tree in Chalong