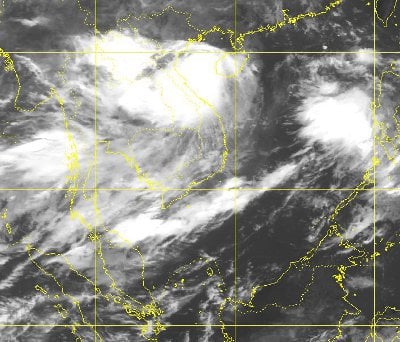 PHUKET: The Thai Meteorological Department has this morning issued a wet weather warning covering much of Thailand due to Tropical Storm “Nock Ten” in the South China Sea.

At 5am today, Nock Ten was centered over the west coast of Hainan Island, in China, with sustained winds of about 50 knots, about 90kmh, said the warning.

“It is expected to move across the Gulf of Tonkin. It will make landfall over northern Vietnam by tonight and head to neighboring Laos and northeastern Thailand, respectively.

“More torrential rain is likely across much of Thailand. People along foothills, near waterways and in lowlands are warned of flash floods,” said the report.

Although the warning for today and tomorrow mostly covers Thai provinces in the North and Northeast, it also applies as far south as Ranong.

Phuket is expected to suffer some deluges, as have occurred over the past week here. On Tuesday, 97.4mm of rainfall was recorded at Koh Lanta, in Krabi, in a single 24-hour period.

Strong winds with waves up to four meters high are expected in the Andaman Sea and the upper Gulf of Thailand.

“All ships should proceed with caution and small boats should keep ashore from July 30 to August 4,” said the report.

The immediate forecast for Ranong, Phang Nga and Phuket is for fairly widespread thundershowers and isolated heavy rain with winds gusting from 20 to 40kmh.