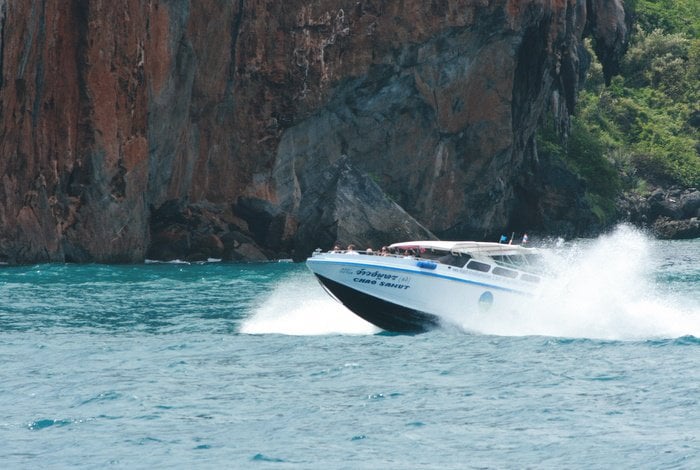 PHUKET: The Phuket Marine Office has issued a warning for all boats headed to Phi Phi archipelago and Racha Island that are less than 10-meters long to stay ashore, effective tomorrow.

“We expect to see waves between two and four meters in the Andaman Sea, boats less than 10-meters are prohibited from leaving shore,” said Phuket Marine Chief Phuripat Theerakulpisut. “However, boats of this size that want to access nearby islands in Phang Nga Bay, such as Koh Lon, may do so.”

A heavy rain warning issued by the Department of Disaster Prevention and Mitigation Phuket Office remains in effect until September 19 (story here).

“All ships should proceed with caution, as well as stay tuned to the weather forecasts and official orders until further notice. We will update the warning day by day,” Mr Phuripat said.

Phuket lifeguards warned swimmers to be cautious before entering the water given the current weather conditions.

“Especially with this kind of weather, I urged tourists not to swim in areas that have been marked off with red flags,” said Kata-Karon chief lifeguard Uten Singsom.