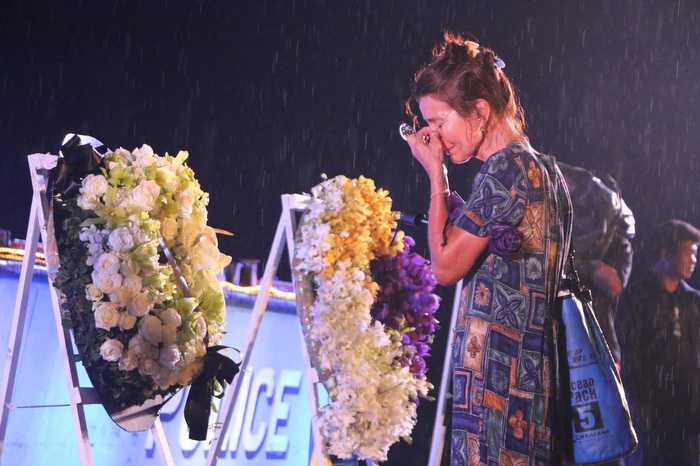 The program consisted of disaster control drill presentations followed by a number of keynote speeches by dignitaries, including PM Prayut and Deputy Prime Minister and Minister of Foreign Affairs Gen Tanasak Patimapragorn, as well as UN representatives.

“As we live in a world with increasingly destructive natural disasters that are often beyond our control, Thailand has been compelled to draw valuable lessons from these experiences to seek out the most effective measure that will mitigate the devastation that can be brought on by such incidents,” PM Prayut said.

“The Indian Ocean Tsunami… shall be remembered as a nightmare for Thailand, as many lives were lost, both foreigners and Thais, and many communities destroyed. However, it was also during this time of despair that we were profoundly touched by a surge of good will and indeed the best of humanity, as volunteers, charity organizations and compassionate individuals from all over the world came to the rescue and provided those in the need with every available means to survive and recover from this ordeal.

“I therefore would like to express my gratitude and pay tribute to all those heroic volunteers who have taken part in the rescue, recovery and re-building operations for the 2004 Indian Ocean Tsunami.

“On this occasion, I would like to pay solemn remembrance to those who perished, both foreigners and Thais, who were dear to us and offer my encouragement and heartfelt wishes for continued resilience to all those who have been affected, and the families of those who lost their lives during the Indian Ocean tsunami of 2005.”

The PM’s speech was followed by a minute of silence and a wreath-laying ceremony. The evening concluded with a candle-lighting ceremony that was accompanied by the Bangkok Symphony Orchestra performance of a newly composed memorial song, “Hold me close”.

For an in-depth understanding of the devastation, the recovery process and the steps taken to save lives in the future, pick up your copy of the Tsunami 10th Anniversary Remembrance publication, produced by The Nation, the Phuket Gazette and the Asia News Network.

Hard-copies of the 40-page supplement will be available inside the December 27- January 2 Phuket Gazette, out on newsstands now. The stories and photos from the publication can be found online at the Asia News Network special webpage, here.

Kiwi arrested in Phuket for drug dealing, wanted for fraud