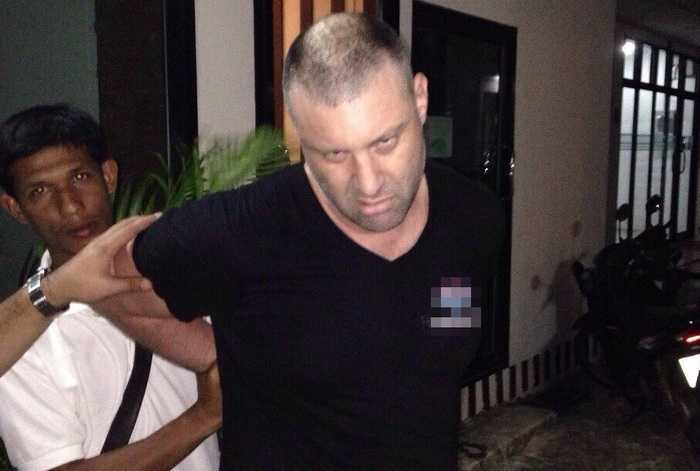 PHUKET: A Kiwi charged for dealing ya ice (crystal methamphetamine) and cocaine in Phuket is wanted on fraud charges in his homeland, The New Zealand Herald has reported.

The man, named by Patong Police as Taylor Grainge, 41, is in fact Grainge Taylor, after having changed his name in 2010, confirmed Jeff Montgomery, registrar-general and general manager for births, deaths, marriages and citizenship.

Mr Taylor’s previous legal name was Grainge Marriott Madgwick. He took what is believed to be his wife’s maiden name after police began investigating allegations of credit card fraud against him in 2010, the Herald said.

“The warrant was issued due to Mr Madgwick failing to appear on a number of fraud-related charges,” said a police spokesman, who confirmed the warrant was still active.

In 2010, the Herald ran a story alleging that Mr Taylor had spent more than 2.5 million baht on credit cards belonging to up to 10 other people, sparking an overhaul of Westpac Bank’s online application process.

Westpac investigators said that Mr Taylor used the details of other people to get credit cards and applied for them online.

He was listed on credit card application forms as an “additional cardholder” and under the bank’s rules at the time, any spending was charged to the primary card holder, explained the Herald.

Mr Taylor is now facing charges for possession of a category 1 and 2 drug with intent to sell after being arrested in a holiday sting operation by Patong Police last week (story here).

Police found 1.25g of ya ice and 950mg of cocaine on his person during their search.