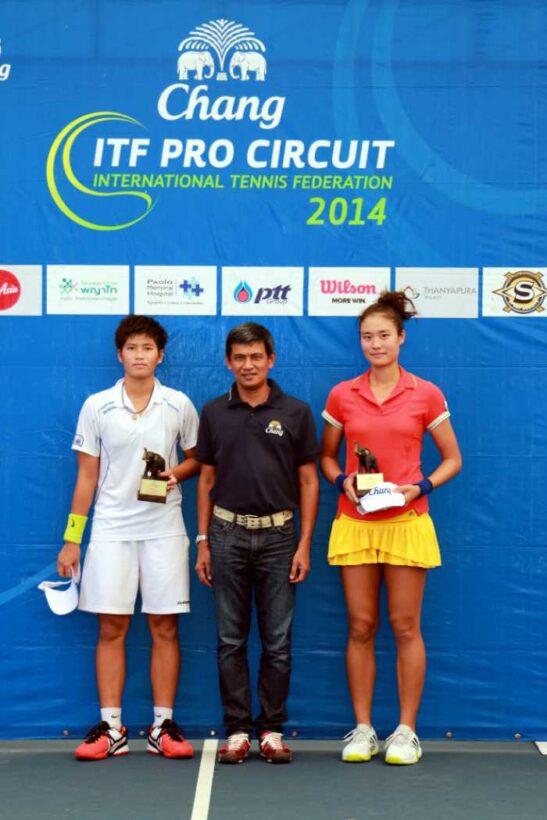 PHUKET: The International Tennis Federation (ITF) brought some serious tennis to Phuket recently, as young hopefuls gathered at Thanyapura looking to drive up their rankings, in the hopes of one
day qualifying to compete against the big boys and girls at Wimbledon and elsewhere on the pro circuit.

Next up on the courts of Thanyapura will be the SUPERKIDZ Junior Tennis Championship 2014, on November 15 and 16.