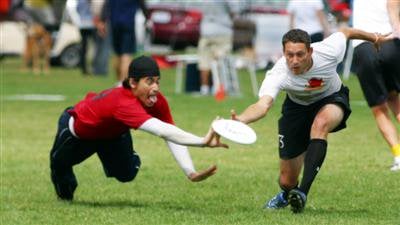 PHUKET CITY: A small group of ultimate frisbee enthusiasts are determined to see the sport take off in Phuket.

The driving force behind establishing the sport in Phuket is Chris Fisher.

“Playing ultimate within the spirit of the game is hugely important. Even though it’s a competitive sport, it’s non-combative and non-intrusive,” he said.

“Everybody is a comrade and is there to have fun playing sport, but not at the expense of the other team,” he said.

Providing an opportunity for people to take part, Fisher hopes to get Phuket locals involved.

“Everyone who has played ultimate loves the game and just wants to play. It’s the fastest growing sport in the world,” said the American.

“I hope to be able to open it up so Thai kids can learn how to play. We have people on board who can help with translation and transportation,” he said.

“We want to get them participating in sport and away from less productive things. In Bangkok, almost half the players are Thai.”

Play gets under way on Sundays at 4pm on the field near the Phuket City Municipality tennis courts on Damrong Road in Phuket Town.

Newcomers are welcome to simply show up at the field and join in or can call Chris Fisher for more information. Tel: 086-9421930.

Samui crash ‘will not affect tourism’