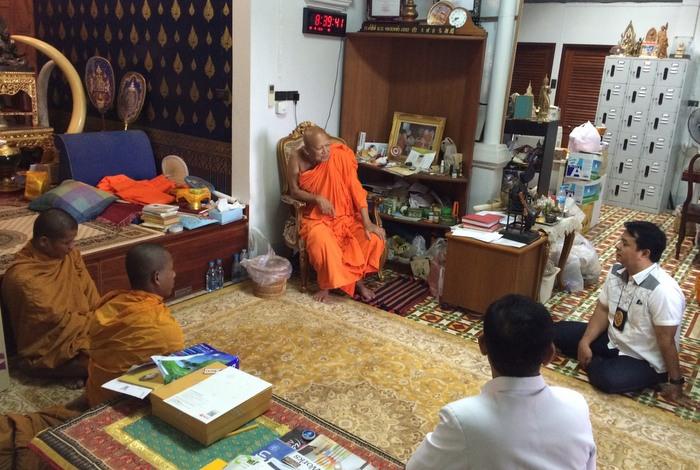 Officers questioned monks at Wat Klang after receiving reports of two Cambodian monks begging for food and money from locals.

“We arrived at Wat Klang at 5:30am and waited for the pair to leave for their daily alms collections, which they did at about 6:30am,” said Lt Col Tianchai Chompoo of the Phuket Immigration Police.

Police named the two monks as Mr Jantee, 40, and Mr Nad, 35, neither of whom had passports. Both will be deported after being charged with entering the country without illegally.

“The Phuket Immigration Office will send them back via the Aranyaprathet border between Thailand and Cambodia,” Lt Tianchai said.

“They both had around 2,000 baht on them at the time of their arrest.”

Road closures in Koh Kaew may last until October

Bypass construction gridlock to be solved