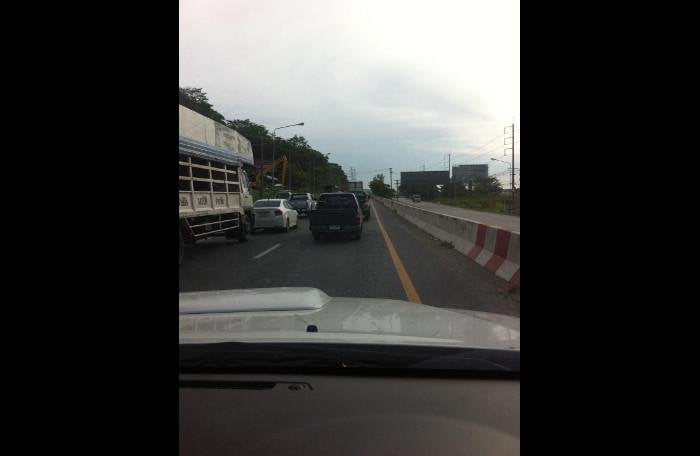 Engineers working at the Bangkoo underpass project said that the traffic gridlock at the bypass intersection with Thepkrasattri Road will be solved today.

“The traffic was worse these past several days because we closed one of the lanes at the construction junction,” said Somkiet Yimpong, the Bangkoo project engineer from the Department of Highways.

“The construction company originally asked for only a short period of time to finish paving a lane, as they usually do it at night, but the process was slowed by heavy rains, which resulted in some very bad traffic at the junction.”

Mr Somkiet said the closed lane will be reopened today.

“We will stop the construction on that lane when the rain stops,” he said. “Now we are clearing the dirt off the road in order to make it ‘more usable’. We expect to open it by about 6pm today.”

Mr Somkiet said the Department of Highways apologizes for the inconvenience caused to motorists over the past couple of days, and that the department is doing its best to ease the traffic.

The department estimates that the Bangkoo underpass is now about half completed, and is ahead of schedule. They estimate that the Samkong underpass project, near the Tesco Extra in Phuket Town, is still only about 80 percent complete, running way behind schedule, while the construction near Chalong Circle has only just begun.