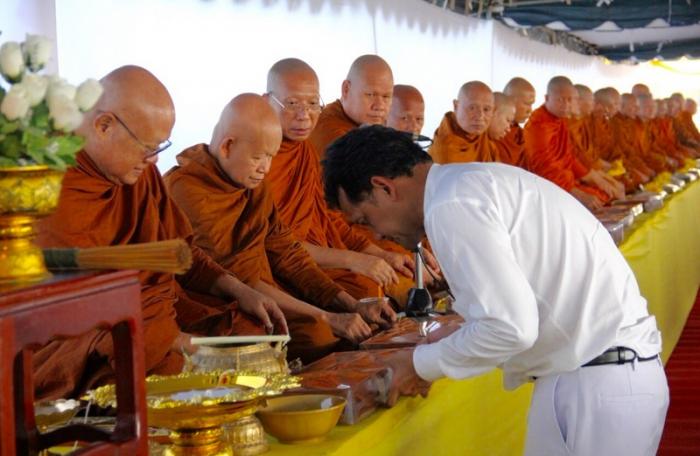 PHUKET: Phuket residents and officials honored the victims of the Indian Ocean Tsunami yesterday morning at Phuket Provincial Hall, marking the 11th anniversary of the devastating waves that claimed thousands of lives on December 26, 2004.

Offerings were made to 26 Buddhist monks, while attendees dressed in white to pay their respects to the victims and their families.

“We would like to honor those who lost their lives or were injured, as well as those who took part in search and rescue efforts after the disaster, both within Thailand and on a global scale,” said Phuket Governor Chamroen Tipayapongtada at the ceremony.

“We now have a comprehensive, operational emergency-warning system and I would like to urge everyone to rest assured that any unusual [seismic] activity will be detected by this system.”

In addition to the ceremony at Provincial Hall, many other memorial events took place throughout the island yesterday (story here).