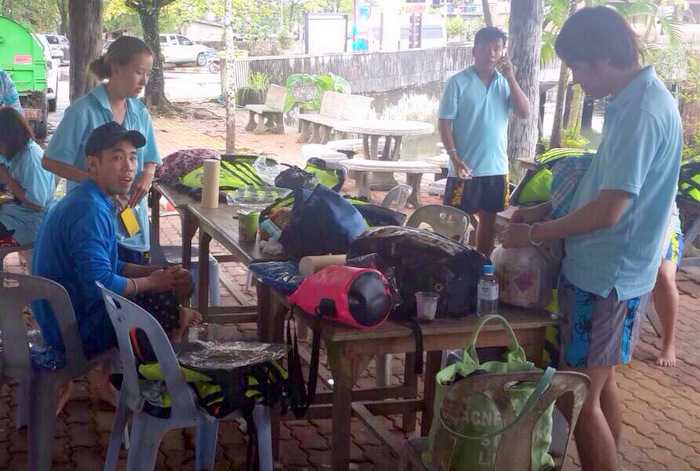 PHUKET: A speedboat, struck by lightning while returning from a day trip to the Similan Islands last night, has been recovered safely with all 32 tourists and five crew on board alive and well.

Officials lost contact with the boat Je T’Aime, operated by the Love Andaman tour company, at about 8:30pm.

“They were returning from Koh Tachai to Baan Nam Khem in Takuapa. At last report, they said they were about 11 nautical miles from Baan Nam Khem Pier,” said Nat Kongkesorn, Similan Islands National Park chief.

“We immediately sent a team of officers to go find them, assisted by sailors from the Royal Thai Navy base at Tab Lamu.”

The speedboat was first spotted by a local fishing trawler, whose crew reported seeing the vessel west of Surin Island at 1:30am.

“We notified the search teams, which found the boat foundering in large waves about two miles from Surin Island,” Chief Nat told the Phuket Gazette this morning.

“The waves were very big and it was dark, so the officers decided it was safer to lead them back to Surin Island and wait until morning before heading back to the mainland.”

The boat was struck by lightning during an offshore storm, Chief Nat added.

“The lightning frazzled the boat’s communications and navigation systems. The captain didn’t know where to go,” he explained.

All tourists and crew were safely returned to Surin National Park pier at Kuraburi this morning by National Park Patrol boat 511, he added.