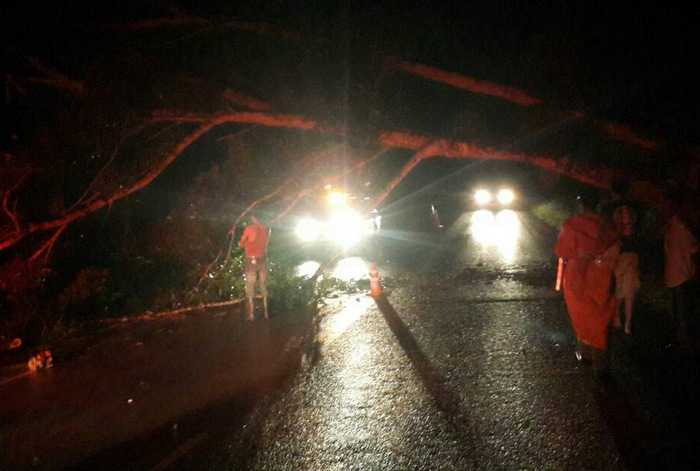 Officers were notified at 7pm that dangerous, high-voltage power cables were strewn across the road, which is often used as a shortcut from Thepkrasattri Road in Koh Kaew to Patong.

“We had to cut off the electricity supply for safety,” Kathu District Chief Sayan Chanachaiwong told Phuket Gazette today.

The officers took four hours to clear the fallen trees and cables.

No people were injured or private property damaged in the incident.

However, Mr Sayan urged officers to check along roadsides for trees that pose a danger to motorists.

“Anyone who sees something dangerous along the roads in this area should report it directly to the Kathu District Office [076-321133] or Kathu Municipality [076-322140],” Mr Sayan said.

“We will send officers to check on it as soon as possible.”