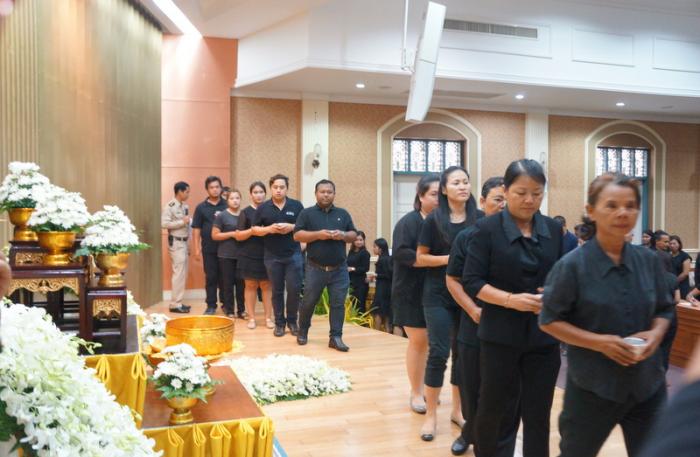 PHUKET: The Tourism Authority of Thailand (TAT) has released new guidelines for tourists coming to visit the Kingdom after the passing of His Majesty King Bhumibol Adulyadej.

A period of national mourning was announced last week, following the death of the world’s longest reigning monarch. The TAT, while still encouraging travel to the country, is cautioning tourists that this mourning period is an exceptional time in Thailand and many cultural nuances may confuse travellers.

According to the statement:

1. Many Thai people will be wearing black or white clothing as a sign of mourning. While this is not required of visitors, they should wear sombre and respectful clothing when in public if possible.

2. Visitors should refrain from inappropriate or disrespectful behavior.

3. Tourist attractions will be open as usual with the exceptions of Wat Phra Kaeo (Temple of the Emerald Buddha) and the Grand Palace, as they are venues used in Royal Funeral Rites.

3. The Government has asked entertainment venues, such as bars and nightclubs, to consider keeping their businesses closed or at limited operation at this time, but leaves the decision up to individual owners (story here).

4. Most traditional and cultural events will be taking place as usual, although the celebrations may be changed for appropriateness as a mark of respect, or the events may be dedicated to the memory of His Majesty King Bhumibol Adulyadej.

5. All public transportation, banks, hospitals and other public services will be operating as usual.

6. Heightened safety and security measures will be in place during the mourning period. Travellers should plan for additional time due to heightened security.

Questions can be directed to the TAT office at Tel: 1672.