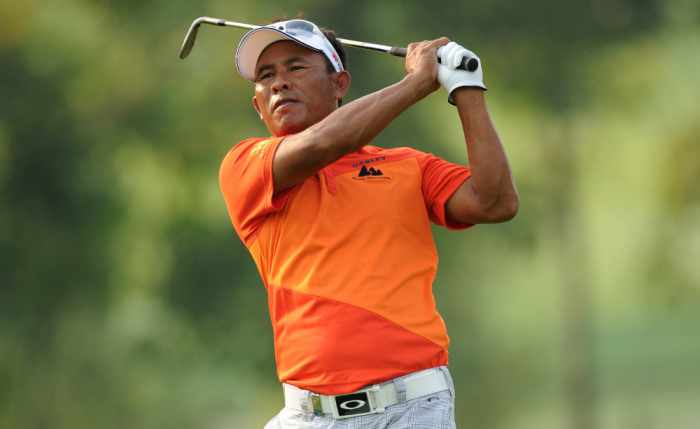 PHUKET: Asian Tour legend Thongchai Jaidee steps into his fourth US Open appearance this week eager to finally stamp his mark on the Major stage.

The decorated Thai star, the only man to win three Asian Tour Order of Merit crowns, arrives at Pinehurst No 2 with his confidence sky-high after securing a play-off victory at the Nordea Masters over Frenchman Victor Dubuisson and Scotsman Stephen Gallacher in Sweden two weeks ago.

His second triumph on European soil was the perfect preparation ahead of the year’s second Major for the 44-year-old, who is determined to cement his place in golfing folklore following an illustrious career which has seen him win 13 Asian Tour titles.

A return to the US Open also brings back fond memories for Thongchai as he made his Major debut at the event back in 2001, the same year he became Asia’s number one golfer for the first time.

“It was good to win (in Sweden). It was a special week,” said Thongchai, the first man to hit US$5 million in career earnings on the Asian Tour earlier this season.

“I will try my best for a good week. All you need is a good week to win. You never know in golf who will win. When we tee up now, we feel we have a chance like everyone else to win any tournament,” added the world number 37.

Thongchai has also registered three other top-10s, including a tied sixth finish at the World Golf Championships-Cadillac Championship in the US. He was also the joint 37th at the Masters Tournament in April which completed his mission to make the cut in all four Majors. His best Major finish remains a tied 13th outing at the British Open in 2009.

The former paratrooper also captained Team Asia to a memorable come-from-behind 10-10 draw with Europe in the inaugural EurAsia Cup presented by DRB-HICOM in Malaysia where he beat former US Open champion Graeme McDowell in the singles.

China’s Liang Wen-chong, India’s Shiv Kapur and Korea’s Kim Hyung-sung, who was part of the EurAsia Cup team, will also feature in the US Open along with Asian Tour honorary members Ernie Els and YE Yang, the first Asian male golfer to win a Major title.

Asian Tour member Simon Griffiths, who came through sectional qualifying, will also play at Pinehurst No 2.

No mention of crisis as Blatter opens FIFA Congress