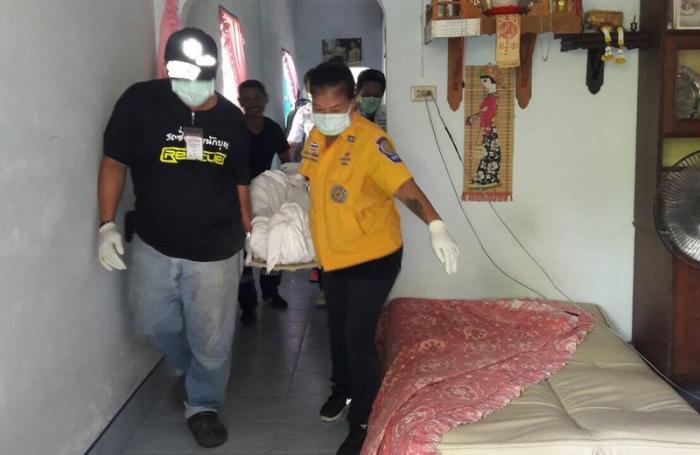 PHUKET: A man’s rotting corpse was found in his house in Thalang this morning.

The victim, Thaweechai Noppakao, 54, is believed to have been dead for at least two days before his bdoy was discovered by his daughter. Officers believe he died due to health complications.

Locals of Moo 8, Baan Liporn in Srisonthorn reported the incident to Thalang Police.

“Mr Thaweechai lived in a one-storey house. There was no sign of struggle or the room having been ransacked,” said Lt Col Anukul Nuket of the police.

Police questioned the victim’s daughter, who said that her father stayed alone in the house.

“She said they kept in touch over the phone and she came to visit him sometimes,” said Col Anukul.

The body was taken to Thalang Hospital.

“Mr Thaweechai’s daughter said that she had been out of touch with him for a few weeks, so she came to visit him. After arriving at the house, she found that the door was locked. She knocked, but didn’t receive a response, so she broke down the door with the help of the neighbors,” he added.

His daughter agreed that the cause of death could be his heart condition, but the exact cause will be determined after a postmortem examination.