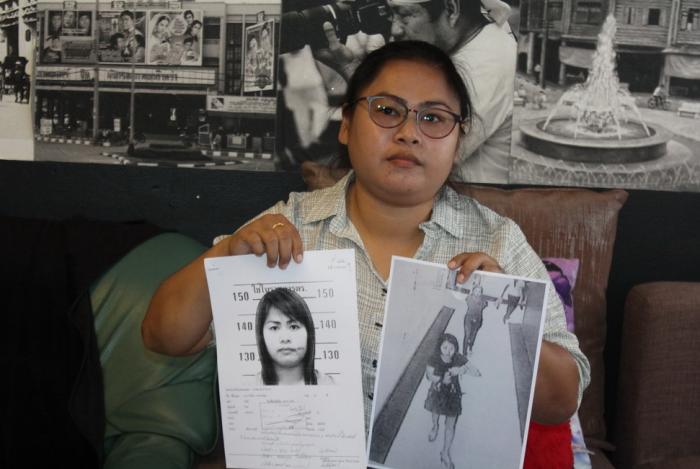 PHUKET: A therapist accused of stealing a necklace in Trang and sentenced to jail is set to appeal.

The theft occurred back in 2011, when the victim reported to Trang police officers that she was drugged by a waitress named Ploi, and her necklace with a Buddha pendant, worth 700,000 baht, was stolen.

The accused, Pavitra Kongampon, 32, also known as ‘Ploi’, reportedly worked as a ‘therapist’ in Karon at the time.

Trang Police investigated the matter for about five years, until April last year, and after collecting enough evidence summoned Ms Pavitra to the Trang court. She was found guilty of the crime and handed a sentence of 10 years imprisonment.

“They have CCTV evidence against me, including fingerprints, and the judge gave me the guilty verdict,” said Ms Pavitra.

She approached the Ministry of Justice’s Rights and Liberties Protection Department (RLPD) in Phuket for help in the matter.

“Ms Pavitra was given an appointment for April this year to make an appeal. We have received her request and will be providing her with a lawyer,” said Chayathip Jitlang, an officer at the RLPD.

Ms Pavitra also provided the department with a picture of herself in 2011 to prove the use of false evidence in the case against her.

“I have asked them to recheck the prints and also look at the CCTV photo capture closely. The girl in the picture does not look like me. Moreover, I have had a tattoo on my left wrist for 18 years – she doesn’t even have that,” Ms Pavitra told the Phuket Gazette.

Most importantly, I had never even been to Trang before all this happened.”