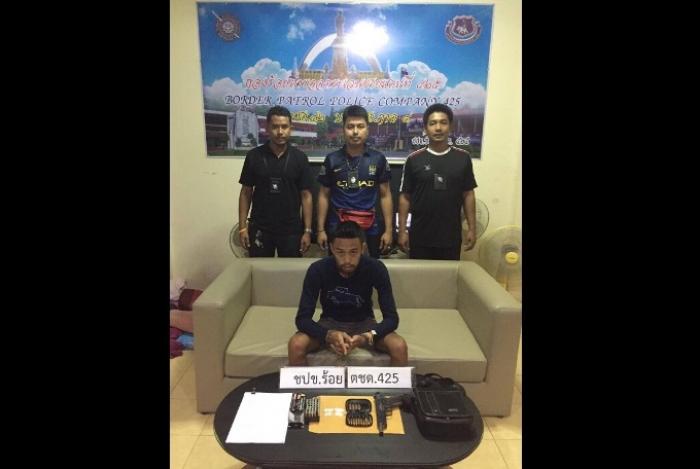 PHUKET: Another drug dealer was charged with several crimes in Phuket this morning, after he was busted arrested with a homemade gun, ammunition and ya ice (crystal Methamphetamine) on Wednesday afternoon in Wichit.

Maj Thanasak Sawangsri with his team took the lead on the case after receiving a tip-off at about 3:30pm two days ago.

“We spotted Keerati Laocome, 27, at about 4:30pm on a Honda motorbike at the Phanason Residence in Wichit. We identified him based on the description we were given and approached him. Upon searching him we found 3.51grams of ya ice, a homemade gun and bullets in a bag that he was carrying,” confirmed Maj Thanasak.

Police questioned him Wednesday through Thursday, and today charged him with possession of a category 1 drug with intent to sell and with illegal possession of a firearm.

Video: Yet another crash occurs at Heroines Monument