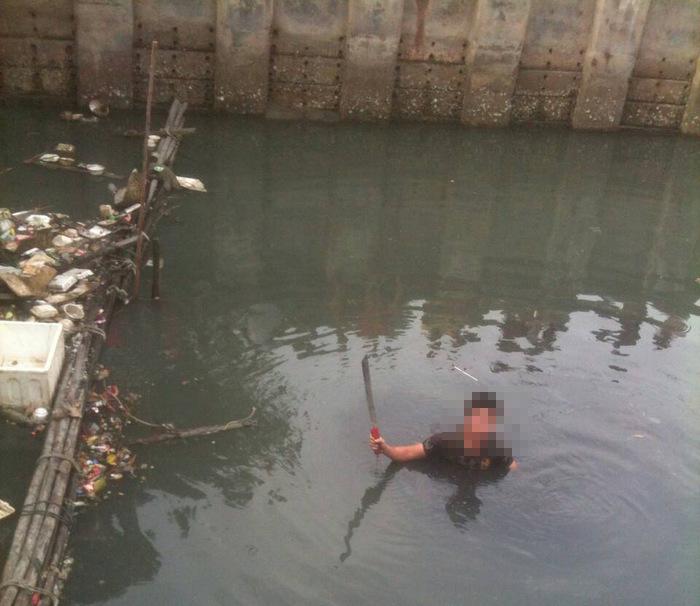 PHUKET: Police have arrested nine gang members, including six juveniles, for the murder of a rival teenager who was gunned down and hacked to death in Rassada early yesterday morning.

“We are still searching for Saksit Pingnga, 19, who is wanted for the shooting,” Col Somsak told the Phuket Gazette.

Police were alerted to the murder at 3am yesterday.

“Sutthipong Muadthong, 17, was dead when we arrived at the scene, a housing estate on Anuphas Phuket Karn Road, near the Phuket Provincial Administration Organization [PPAO] Hospital,” Col Somsak said.

Mr Tewarit told police that he and Mr Sutthipong were riding home from a night out in Phuket Town when they saw a group riding towards them.

“There were about 10 of them on four motorcycles. We recognized then as the Sum-Tai-Luk gang. We had problems with them before and we saw they had knives. I turned our motorbike around and tried to get away,” Mr Tewarit said.

“They caught up to us, so we dumped the bike and ran off.”

During their attempted escape, Mr Terawit scaled a wall.

“But Sutthipong could not make it,” Mr Tewarit said. “I heard a gunshot, so I hid there until I heard the police arrive… I was scared. I didn’t know what to do.”

Mr Terawit gave police descriptions of the gang members and addresses where they could be found.

“We first arrested Mr Ah [a juvenile, not his real name] at a rented room in Soi Hon Saithong, where we found a pair of blood-stained jeans,” Col Somsak explained.

“Mr Ah was taken to Phuket City Police Station, where questioning led to the arrest of the other gang members.”

At a house in Soi King Kaew, given as the address of the alleged shooter, Mr Saksit, police discovered a handmade gun believed used in the shooting. However, Mr Saksit was nowhere to be found.

“We also recovered a sparta blade [sword] from a canal near the scene of the attack.”

All nine suspects were charged with gang murder and carrying illegal weapons in public.

“The juveniles and adults will be tried separately due to their ages, but they all face the same charges,” Col Somsak said.

“We are continuing our search for Mr Saksit.”