PHUKET: A teenager was rushed from a Phuket worker’s camp to hospital this morning with serious blood loss after giving premature birth to a baby girl, who was found dead at the scene.

Myanmar national Zar Ni The, the 19-year-old wife of one of the migrant worker, went into labor prematurely at a Phanason Parkville estate worker’s camp on Sri Suthat Road, Capt Udom Petcharat of the Phuket City Police told the Phuket Gazette.

“When we arrived, the baby, who weighed only about 1.5 kilograms, was already dead,” Capt Udom said.

“Mrs Zar was rushed to Vachira Phuket Hospital where she underwent emergency treatment. She is now in a stable condition.”

Mrs Zar was lucky to be alive, said Jetsada Jongpaiboonpattana, the director of the hospital.

“Many women have given birth by themselves without any mishap. However, if the birth is premature, it can be very dangerous for both the mother and the baby if professional medical attention is not sought,” said Dr Jetsada.

“To ensure it is a safe birth, all pregnant women should consult a doctor at least six times during the first three months of their pregnancy.

“Pregnant women can still continue to work for the first three months, if the doctor deems them to be healthy, but the work should not be too strenuous.”

Police delivered the body of the infant, who was born two to three months early, to Vachira Hospital where a postmortem examination will be carried out to determine the cause of death, Capt Udom said.

Karon to crack down on tailors 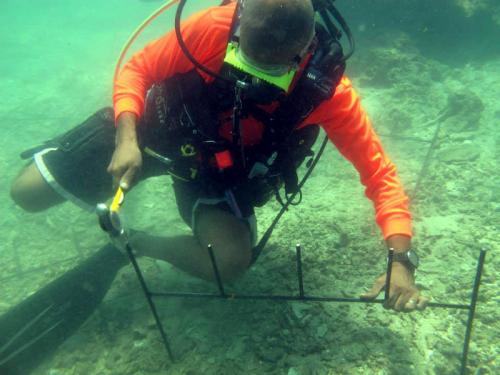