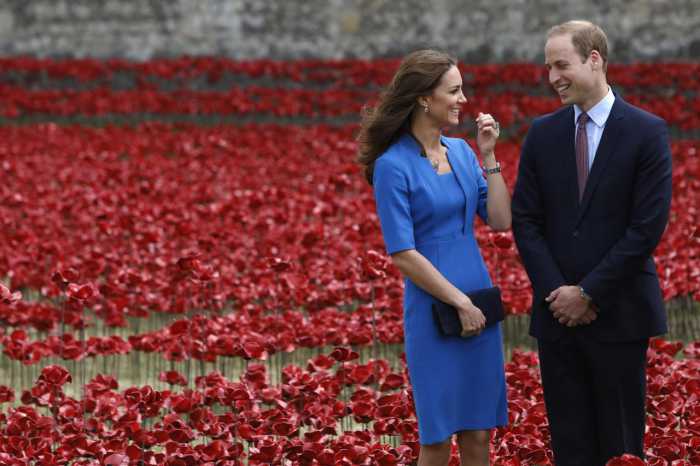 PHUKET: Britain’s Prince William said on Monday he and wife Kate were thrilled to be expecting their second baby, after news of the pregnancy was released early because the Duchess had been suffering from morning sickness.

The baby will be fourth-in-line to the British throne, after grandfather Prince Charles, father William and elder brother George, the couple’s first child born in July last year. There was no mention of when the baby was due.

The announcement was made on Monday after Kate was forced to pull out of an official engagement at the University of Oxford because she was feeling unwell.

“She’s feeling ok, it’s been a tricky few days, week or so. I’m going to go back and look after her now.”

Buckingham Palace said Queen Elizabeth and both the royal and Kate’s families were delighted.

William’s office said Kate, 32, was suffering from Hyperemesis Gravidarum, an acute morning sickness which causes severe nausea and vomiting and requires supplementary hydration and nutrients, a condition that led to her hospitalisation in the early months of pregnancy with her first child.

A spokeswoman said Kate had not needed hospital treatment this time, but was under the care of doctors at Kensington Palace, the couple’s London residence. Her future engagements, including her first solo overseas trip to Malta, would be reviewed on a case by case basis, the spokeswoman said.

George was born amid an international media frenzy, underlying the global popularity of the young British royals. Since his birth, George has graced the cover of Vanity Fair and his few public appearances have garnered huge media attention.

There had been speculation this year that William, 32, and Kate, officially known as the Duke and Duchess of Cambridge since their marriage in April 2011, would announce a pregnancy.

“Many congratulations to the Duke and Duchess of Cambridge. I’m delighted by the happy news that they’re expecting another baby,” British Prime Minister David Cameron said on Twitter.

After the birth of his son last year, William spoke about his desire to be a hands-on father and soon afterward announced he would leave the military after more than seven years in the armed services, to focus instead on his charity and increasing royal duties.

However, in August he said he would start work as an air ambulance pilot next year based at Cambridge and Norwich in eastern England.

While the pregnancy led the headlines in Britain, William said attention should be elsewhere.

“It’s important that we all focus on the big news and the big international and domestic news that’s going on at the moment. That’s where my thoughts are at the moment,” he said.

The announcement of the pregnancy came on the day British newspapers carried front page stories saying the 88-year-old queen was growing increasingly concerned about the possibility Scotland will vote for independence in a referendum in 10 days.

An opinion poll in the Sunday Times newspaper put support for independence on 51 percent against 49 opposed to the breakaway.

The monarchy, riding a wave of public support on the back of William and Kate’s wedding, received another boost from George’s birth, and the pregnancy could be a boon to the ailing anti-independence campaign.

“I’m quite sure that all that is completely above politics,” Alistair Darling, the former British finance minister and leader of the pro-union Better Together campaign, said with a grin when asked about the news.

Pro-independence leader Alex Salmond, who has said the monarchy would remain head of state of an independent Scotland, also welcomed the announcement.

“Congratulations & best wishes to the Earl & Countess of Strathearn,” he said on his Twitter feed, referring to the couple by their Scottish titles.

As messages of goodwill poured in, even British republicans said it would be a boost for their campaign.

“Like thousands of other parents-to-be across the country, Kate and William must be thrilled – but their news just highlights the absurdity of hereditary office and focuses minds on what kind of future we want for Britain,” said Graham Smith, chief executive of campaign group Republic.

“A royal baby is great news for the republican movement as it raises serious questions about the future of the monarchy, ones the royal family would rather avoid.”