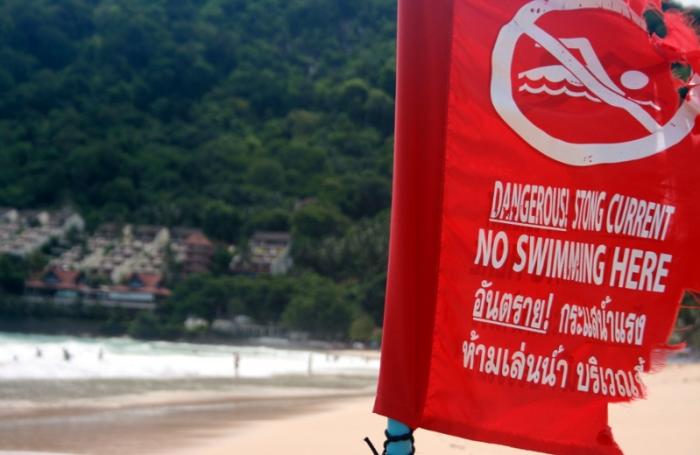 PHUKET: A Thai woman in her twenties, who was pulled unconscious from the surf at Nai Harn Beach on Sunday, died while being transported home yesterday.

The woman, who hospital staff refused to name, was one of six people rescued by lifeguards after they ignored red flags warning people not to swim due to dangerous rip currents (story here).

Although unconscious at the time of the rescue, the woman’s vital signs had returned after being put on life support at Vachira Phuket Hospital’s Intensive Care Unit (ICU).

However, the woman’s family decided to take her off life support so they could take her home to Bangkok, said a staffer at the hospital’s ICU.

“I was told that she died while on the way home in Ban Ta Khun District, Surat Thani Province, yesterday evening,” said Rawai Mayor Aroon Solos.

Mr Aroon said he was deeply sorry for the family’s loss, but took the opportunity to stress how beachgoers must be responsible for their own safety and not ignore the red flags and lifeguards’ warnings.