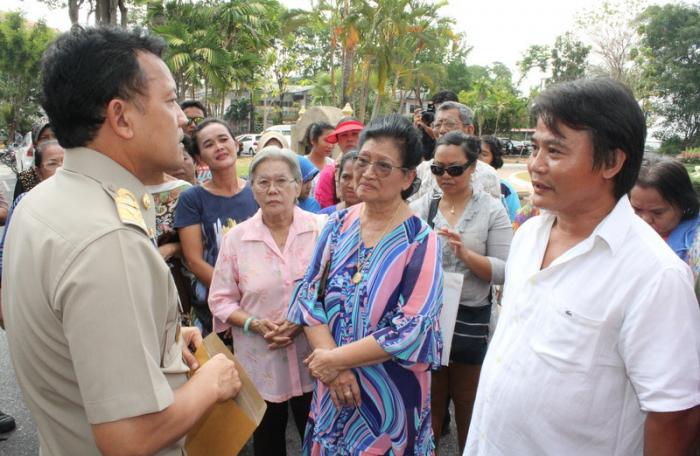 PHUKET: More than 30 Surin business operators begged the Phuket Governor to postpone the looming demolition of their shops along the recently dubbed ‘Honorary Beach’.

Though the well-known Catch Beach Club had already thrown in the towel with its ‘One More Time’ party held on Saturday night (story here), other business operators were hoping that the governor would step in to stop tomorrow’s pending destruction.

“We have never encroached on the beach and were legally running our businesses in the shops, which were built by the government to help the local people and boost tourism,” said said Chanonpipat Prachumsrisakul, one of the operators on Surin Beach. “We have been there for ages [the shops were built after the 2004 tsunami] and our lives depend on them.”

Mr Chanonpipat submitted a letter to Phuket Governor Chamroen Tipayapongtada asking that the demolition be delayed and that the government help them find a new place to conduct business.

However, last month, Phuket Vice Governor Chokdee Amornwat announced that the final deadline for tearing down the buildings was April 20 [tomorrow] (story here).

In what appeared to be a last-ditch effort, about 20 evicted Surin beachfront shop owners on April 7 made an appeal to the Justice Ministry in Bangkok, in hopes of stopping or delaying the demolition of their restaurants, shops and clubs (story here).

Governor Chamroen accepted the letter, but made no promises to the operators.

“Everything must proceed in accordance with the law,” he noted.