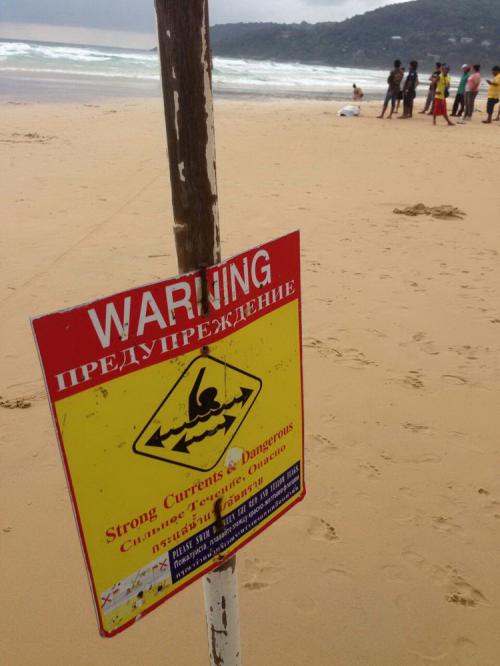 Swedish national Ann Gorli Teres Fjellner, 59, was knocked over and dragged out by heavy waves at about 9:30am, Karon Police Deputy Superintendent Pachai Matthayan told the Phuket Gazette.

“Lifeguards saw the waves pull her out, but when they went to save her, she was already missing in the water. About an hour later, her body appeared and lifeguards recovered it,” Col Pachai said.

Ms Fjellner’s body was taken to Vachira Phuket Hospital, and the Swedish Embassy has been notified of the incident.

Kata-Karon chief lifeguard Uten Singsom has continued to warn tourists about the dangers that plague the popular west-coast beaches.

“The weather is changing, and the danger is changing from rip currents to hard-hitting waves, especially near the beach,” he said.

“Please be careful. Even in water only knee-high, the waves can knock you down and hurt you,” he added.

His death was preceded by that of Norwegian tourist Chris Hangsao, 55, who drowned at Karon Beach on November 15 (story here).