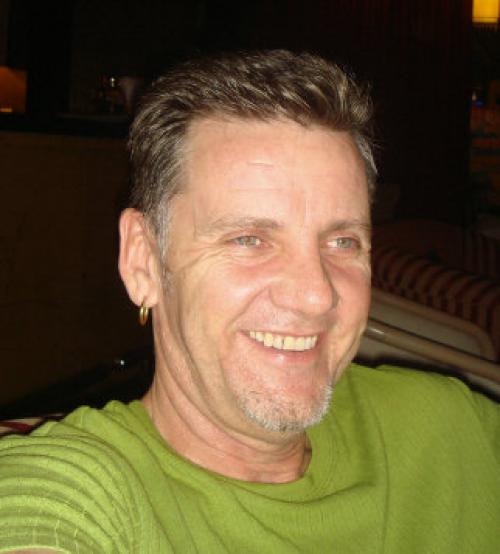 PHUKET: The Australian who formerly ran the Stoney Monday Oasis Hotel in Patong has been arrested in Krabi and brought back to Phuket to face trial for embezzlement and six counts of fraud.

Rell Vivien Hayes, 51, was arrested last Friday while allegedly selling property at an upscale resort south of Krabi Town. He arrived under escort at Phuket City Police Station at about 4:30pm the same day.

The arrest follows the Phuket Provincial Court issuing two separate warrants for Mr Hayes’ arrest, in 2009 and in 2011.

The 2009 warrant was issued after American William Lawson Young successfully filed a claim against Mr Hayes for failing to complete a contract to build and hand over a house.

“After that, in 2009, Mr Hayes fled Thailand. We later learned through the Department of Special Investigation [DSI] that he had returned and was living and working in Krabi,” said Weerasak Promthong, a lawyer representing six plaintiffs against Mr Hayes.

However, it was an 80mn-baht deal to sell land to five Australian investors that led to the second warrant being issued in 2011.

The deal was transacted through Stoney Monday Elite Development Co Ltd, which at the time was owned by Mr Hayes’ wife, with Mr Hayes as a major shareholder, Mr Weerasak alleged.

“He transferred his shares to his Thai wife in 2011,” he explained.

The couple allegedly defaulted on the deal, and failed to transfer ownership of the land to the company as had been agreed with the Australian investors, Mr Weerasak said.

“The land was sold to another investor,” he claimed.

Mr Weerasak also alleged that Mr Hayes’ wife, who he declined to name, was reportedly convicted of fraud over the deal.

“The police arrested his wife for defrauding the five Australian creditors. In 2012, the court sentenced her to two years in prison, but she was later released on a good behavior bond,” Mr Weerasak alleged.

Mr Hayes was later handed over to Phuket Prison, where he will stay awaiting his trial.