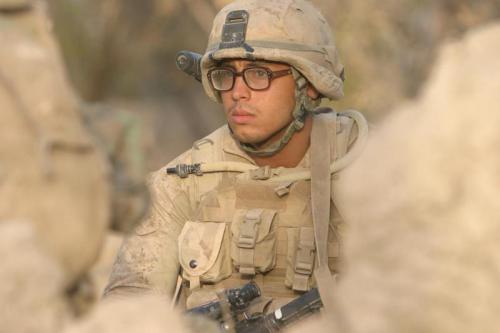 PHUKET: The sister of American Marine Dashawn Longfellow today lamented the 25-year jail term handed down to her brother’s killer, British national Lee Aldhouse, saying that the sentence was not long enough.

Marquis Longfellow voiced her disappointment with the sentence less than an hour after Aldhouse was given the 25-year jail term today (story here).

“Lee took the life of our hero and because of his actions our family will never be able to see the light in my brother’s eyes or the smile on his face,” Ms Longfellow posted on the Dashawn Longfellow Memorial Facebook page (click here).

“Lee deserves to rot in hell. Don’t get me wrong 25 years is better than nothing, but it damn sure is not long enough for a man who intentionally took the life of an American hero for no other reason than a bruised ego,” she said.

“I hope that one day karma will catch up with him ten fold so he can have a little taste of the pain he has brought to our family,” she added.

Aldhouse has one month to appeal the sentence.

If his appeal fails, he will likely not serve his full term at the heavily overcrowded Phuket Prison, which is rated to detain convicts handed down jail terms of 15 years or less.

Most foreign convicts handed down sentences beyond 15 years tend to apply for transfers to Bangkok, where they will have closer contact with embassy officials.