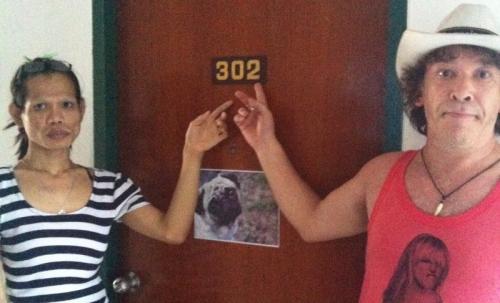 PHUKET: Karon Police arrested a Swedish tourist, along with three others, on drug charges last night.

Karon Police led by Karon Police Deputy Superintendent Sophon Borirak arrested a Swedish man and his female companion at a hotel near Taina Road in Karon (map here) at 6pm.

Police named the suspects as Jen Peter, 48, and Kwanpana “Tom” Thani, 29, from Saraburi.

“The two suspects were arrested with 430 milligrams of ya ice (crystal methamphetamine) and drug-taking paraphernalia,” said Lt Col Sophon.

“They both tested positive for drugs, and they both have been charged with possession of a category 1 drug,” he added.

After questioning the pair, police arrested Rungruang Kwanthong, 37, from Ranong, who was found in possession of 500mg ya ice and 44 pills of ya bah (methamphetamine), Col Sophon explained.

“Mr Rungruang was charged with possession of a category 1 drug with intent to sell,” he added.

After setting up a drop-off point for plain-clothes police to buy drugs from Mr Nattharin, officers moved in and arrested him.

“Police arrested him and seized his pickup truck. He was found in possession of 700mg of ya ice, some drug-use items as well as a .38 handgun and seven bullets,” Col Sophon explained.

Phuket monks defrocked after being caught with drugs