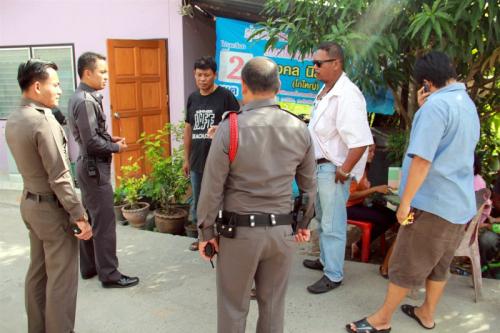 PHUKET: A series of violent incidents between two teen gangs culminated in one of the members being gunned down in the Saphan Hin area early yesterday morning.

“At about 2:30am Mr Jetsadakorn and fellow gang members were hanging around one of their houses in the Saphan Hin area when two of their rivals drove by on a stolen motorbike. One of the two rivals shot Mr Jetsadakorn twice with a homemade firearm,” Lt Col Passakorn explained.

“The problem between the two gangs has been ongoing, according to Mr Jetsadakorn’s friends,” Lt Col Passakorn said.

The day before the shooting, the rival gang stole a motorbike from one of Mr Jetsadakorn’s gang members, said Col Passakorn.

“The group asked to have the bike returned, but were met with threats of violence,” he said.

“Even before the motorbike was stolen, there was at least one violent incident between the two groups that involved the rival group throwing a Molotov cocktail (petrol bomb) at one of Mr Jetsadakorn’s gang member’s houses in Saphan Hin.”

Police are aware of the names of both suspects and expect to make quick arrests.