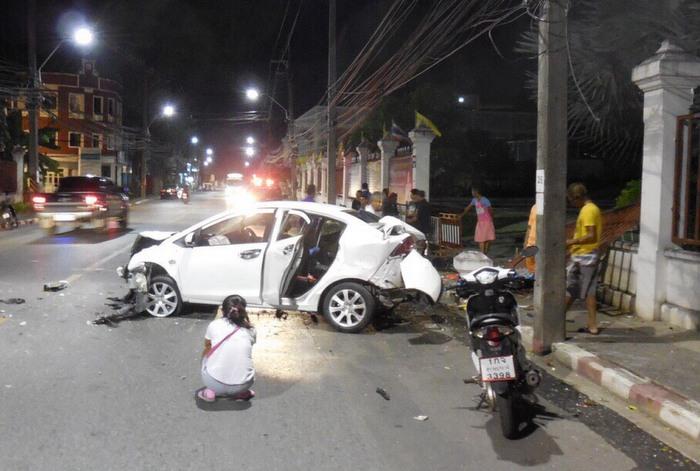 “Ms Sriwan told us that she had just overtaken a black car at about 2:30am as she was driving down Yaowarat Road. The car she passed then turned right onto Nakhon Road, crashing into the back of her car,” said Lt Col Sakchai Chunyong of the Phuket City Police. “She lost control of the her vehicle and crashed into the wall.”

Ms Sriwan was given a breathalyzer test, which showed a blood alcohol content level of zero, confirmed Col Sakchai.

“We are now hunting for the driver of the other car, which fled the scene,” Col Sakchai said.