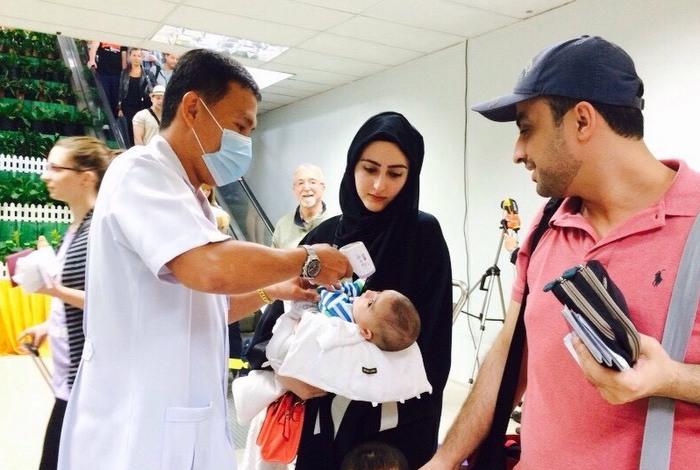 “After receiving treatment for one week in his homeland without his condition improving, he refused to wait for lab results and immediately left for Thailand,” Public Health Minister Piyasakol Sakolsatayadorn said yesterday.

The 71-year-old man has much confidence in Thailand’s medical services, Mr Piyasakol said.

The second Omani entered Thailand on Friday and flagged a taxi to his hotel.

“However, he didn’t get into his room. Instead, he headed to Bumrungrad International Hospital,” Mr Piyasakol said.

At 1:30am on Saturday, the hospital quarantined him, sent specimens to the lab and alerted the Disease Control Department. After testing positive for MERS, he was transferred to the department’s Infectious Diseases Institute.

The patient is currently in isolation on a respirator, but is in stable condition.

“His son is under quarantine too,” Mr Piyasakol said.

The department is rushing to locate 36 other people who had direct contact with the patient, including medical staff, hotel staff and a taxi driver.

They will have to be monitored for possible infection for at least 14 days.

Thai authorities should be able to control the spread of MERS, as they responded rapidly.

“We detected this case within 10 hours, far faster than the first case,” Mr Piyasakol said.

However, surveillance and screening of suspect patients must be tightened up.

“Officials at airlines and originating countries, for example, must be stricter,” he added.