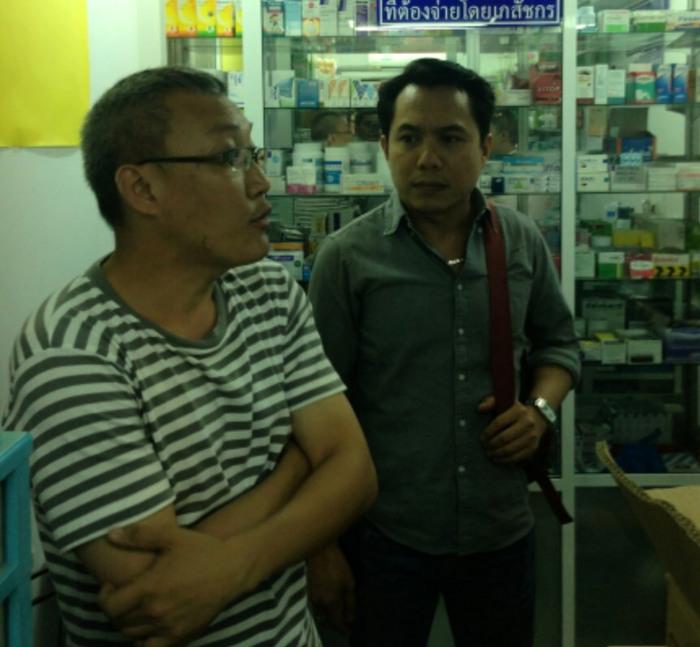 Among the pills were sex aids, antidepressants, steroids and the notorious “date rape” drug Rohypnol.

“So we sent undercover officers, and they were able to buy 10 Zolam pills.”

After the purchase, the officers identified themselves and arrested Rawiwong Keeratiakarapong, 46, charging him with the sale of Category 2 psychotropic substances, controlled drugs and dangerous drugs without permission.

Police also charged the pharmacist, Kitiya Niwetworachai, for not being at the shop while it was in operation.

Officers declined to name the shop as their investigation has not yet concluded.

“We need to find out whether the owner is also involved. We have called him in for questioning,” said Lt Col Khunnadet.