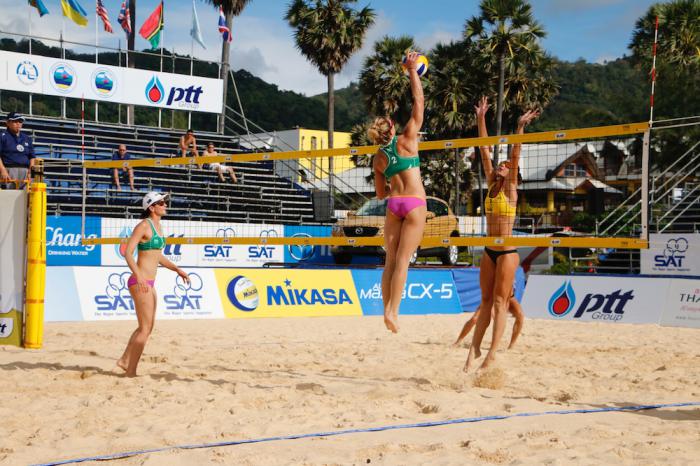 PHUKET: The promoters of the FIVB Beach Volleyball Open in Phuket have decided to cancel the event scheduled for October 15 to 19 quoting continued political unrest in Thailand as the reason for their decision.

With the safety and security of players and officials of paramount importance, the FIVB have accepted the promoter’s decision to cancel the event.

The next FIVB events planned are the Xiamen Open from October 7 to 12 followed by the Parana Open in Argentina from October 28 to November 2. Additional Open events are in Doha (Qatar) and Chennai (India) in November, then the 2014 beach volleyball season will round off with a men’s only Open event in St Denis de la Reunion and the Durban Open from December 9 to 14.

The Phuket Open was one of two women’s only Open events scheduled for 2014 after Prague (Czech Republic) in May.

Last year’s Phuket Thailand Open powered by PTT beach volleyball tournament, the penultimate stop on the 2013 FIVB Beach Volleyball World Tour, gained plenty of interest from local sports fans who had the opportunity to watch more than 50 of the world’s top women’s beach volleyball teams vying for the gold medal position on the podium, eventually secured by the Chinese players, Chen Xue and Xinyi Xia.

The FIVB will pursue negotiations with promoters who may be interested in staging an Open Event during that same period to provide players with yet another opportunity to compete internationally.