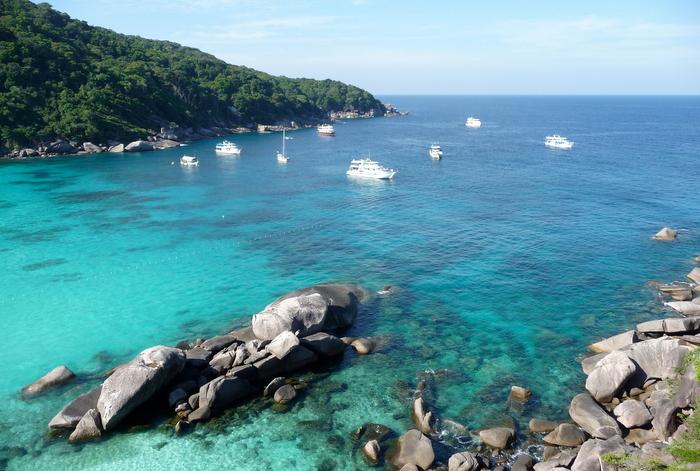 PHUKET: Seven senior park officers and employees were given urgent transfer notices on November 27, forcing them to depart the renowned Similan National Park just as high season kicked off, confirmed the park’s chief.

“The Department of National Parks, Wildlife and Plant Conservation (DNP) issued a letter saying that the officers’ transfer was necessary to improve the effectiveness of the DNP. No further reasons were given,” Nut Kongkasorn, chief of Mu Ko Similan National Park, told the Phuket Gazette.

The order was given by the DNP Protected Area Regional Office 5 (PARO).

Boonchoo Paeyai, Similan national park adviser, protested the transfers saying that the timing could be potentially harmful to the services offered by the park.

“Many tourists who visit here every year receive quality care from the officers. These officers and employees thoroughly understand their duties and know what is required to do their jobs,” Mr Boonchoo said.

“Such a change should not be made during high season.”

The park is closed during the island’s May 1 – Oct 31 low season every year.

Tour boat operators at the park also voiced their concern about the transfers.

“Before the park opened back up, we had already established a number of plans with these officers,” said Nichaporn Manuam, a representative of the tour boat operators. “We know how to work with them and are not sure whether or not we will have the same understanding with the new officers. This could affect tourism.”

The seven transferees went directly to the DNP main office in Bangkok to raise the issue with acting Director Thanya Netithammakun.

“The director of the DNP should come and observe the situation. Officers don’t even know what they did wrong,” Mr Boonchoo noted.

After hearing their complaint, Mr Thanya ordered that an investigation be conducted into the transfers. However, until the case is concluded, officers and employees will have to commence their new duties at designated areas in PARO 5.