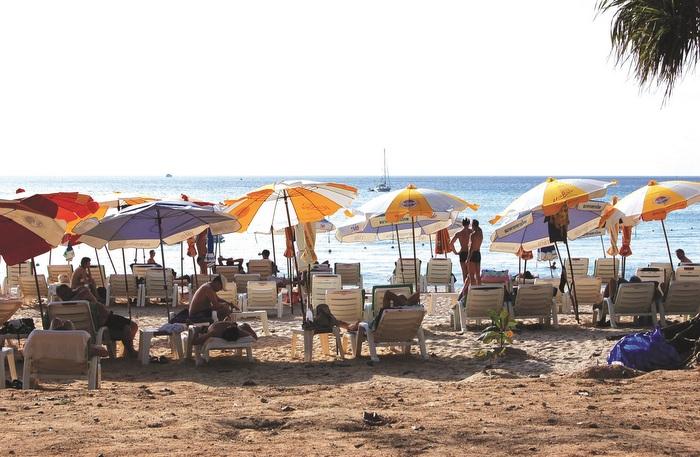 PHUKET: As Phuket takes the sharp left turn into yet another high season, one constant source of chatter on line, in bars and in the media, is the meteoric rise of the cult of the doomsayers. Call it bling, or just plain nonsense, but our island telegraph remains ripe with tales of rampant chronic failure.

Yes, the once maligned Russian tourism contingent is largely missing in action, and has been replaced by a surging bottomless bucket of Mainland Chinese visitors. While the errant sun-lounger debate blossoms on the internet and supposed ‘long time’ locals bemoan the fact that their snow-blind brethren from the West will no longer visit these shores, the harsh reality is very different.

After a short pause due to the Bangkok bomb blast, airline arrival numbers across the Kingdom and to Phuket have rebounded in such a dynamic fashion that it echoes from the rafters.

I read a recent piece on a popular online news site giving a stern rebuttal to the doomsayers about island businesses going down the drain. The points made were profound and well versed. For wide-eyed foreign investors who land here and immediately buy a business, or get into investments, the lure of speed seems to bemoan an absolute lack of common sense.

Phuket’s tourism scene is changing, as it is in most places in the world.

In terse terms, does Phuket need another guesthouse in Patong with no views, no product difference, or any facilities other than a sad wooden platform bed, small refrigerator with the promo sticker left on and the inevitable window air-conditioner that ranges from freezing to a new hellfire inferno, depending on where in the room you happen to be standing.

The same goes for beer bars, nameless real estate offices, or the worst offender of all, the deadly combo Thai-Western Seafood Pizza restaurant. Really, if you invested in any of these, you’d have been better off walking up to Cape Promthep and throwing that wad of cash off the cliff.

There is the reality that businesses like Borders Bookshop, Tower Records, Netscape and even IBM never understood. It is that business can’t stand still. Folks in the trade have to evolve, change and understand that if you stand in one place for too long, you run the chance of being hit by that out of control bus called life.

Do I have sympathy for those who lose their money or see fortunes turn as tourism evolves? Of course, but at the same time, with every threat there is an opportunity lurking in the shadows. You can get caught up and immersed in self-pity, hatred for the changing faces, or the urbanization of the island, or a thousand other things, but reality bites if you come to the understanding that you are simply speaking out to fellow zombies who can’t quite make out the very clear writing on the wall.

It’s been said that whatever doesn’t kill you, only makes you stronger. We have all had failures and so many of life’s evolutions have come from that climb back up the mountain after falling off. I remain a big fan of reinvention and change. For every doomsayer out there who feels the changes at the beach have robbed them of their livelihood, I’d say shut down your computer, stop complaining, be constructive and become a master of your own future.

That’s my take on the changes taking place before our eyes. Nostalgia is nice for time spent in a rocking chair, but if you close your eyes too long, the world around you will continue to revolve in mad chaos. Believe in change, but never embrace the old ways and believe the world owes you a living. It doesn’t.

By the Book: Lowdown on holiday villa rentals