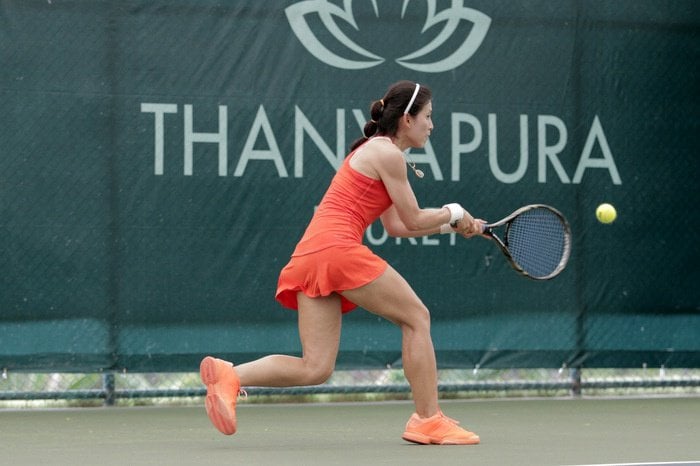 Timothy Alcos of the Philippines took top honors in V35 Men’s Singles after dispatching Arjun Varma of Singapore in straight sets (6-1 6-1) in the final last Saturday.

Right-handed Daniel Rajsky of the Czech Republic, playing with his double-handed backhand, had a slightly tougher time in claiming his victory in the V40 final, but eventually dismissed Bram Lomans of the Netherlands 6-4 6-2.

The victory left Rajsky ranked 39 in the world in ITF Seniors Pro circuit.

In the remaining men’s singles, Rashid Ahmad Malik of Pakistan won his V50 final against Sanjai Kumar of India (6-1 6-1), and Frank Lapre of the Netherlands outclassed Jiri Cermak of the Czech Republic 6-4 6-3 in the V55 final.

In the women’s singles, Tzvelelina Havren of Bulgaria was too strong for Hiroko Friend of Japan (6-1 6-0) in the V40 final, while Gaby Los Santos of Malaysia out-stroked Marcia Yanagi of Brazil (6-4 6-3) in the V45 final.

Havren went on to pair up with Alec Arho Havren of Finland to win the V35 Mixed Doubles, defeating Thai duo Bongkoch Boratisa and Kittipong Chantara 6-4 6-4.

Virapol Cholvibul, Thanyapura’s director of sports events, praised the event a success, despite the heat the players had to endure on court.

“This was the second time Thanyapura hosted the Phuket ITF Seniors Open,” he told the Phuket Gazette.

“Our aim was to encourage people to play tennis and to help players develop their skills to a higher level. At the same time, we wanted to attract more international tourists to Phuket, which is one of the world’s best island destinations.”

Mr Virapol said he had received positive feedback from the players and spectators at the sporting event.

“We have world-class tennis courts and other facilities that players and fans could enjoy through this event,” he said.

“I hope they all return to Thanyapura in the near future. We intend to host this tournament as an annual event, and we look forward to holding it again on April 25-30 next year.”