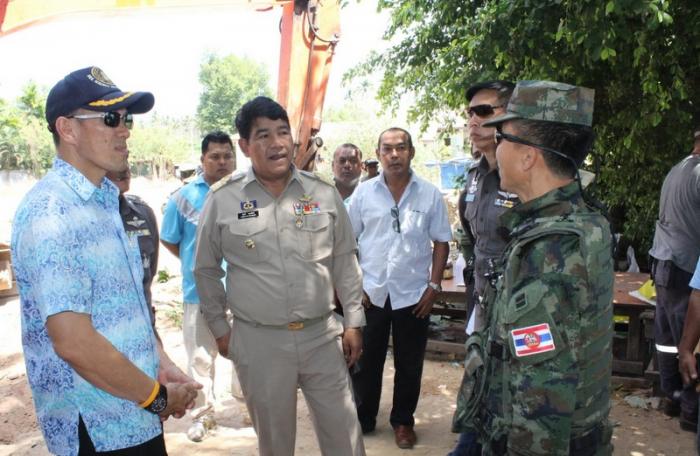 PHUKET: Police say they will hand over the sea gypsy assault case to the Phuket public prosecutor this week.

“We have yet to arrest any of the people named in the arrest warrants. However, since they are captured in photos and video, we will be able to make an arrest soon,” Chalong Police Deputy Superintendent Jumroon Plaidoung told the Phuket Gazette today.

“This is one of several disputes between sea gypsies and private investors. Once this is handed over to the public prosecutor, we will continue our investigation into the other cases.”

Baron World Trade Company filed a complaint earlier this month against the sea gypsies, after more than 200 of them prevented the land developer from building a wall. If constructed, the wall would have stopped the sea gypsies from reaching a ceremonial site on land for which the company holds a chanote land title (story here).

“We are also continuing our investigation into the encroachment charges against the sea gypsies. We will do our best to be fair to both sides,” Lt Col Jumroon said.

Open your heart and home to a soi puppy, kitten or cat